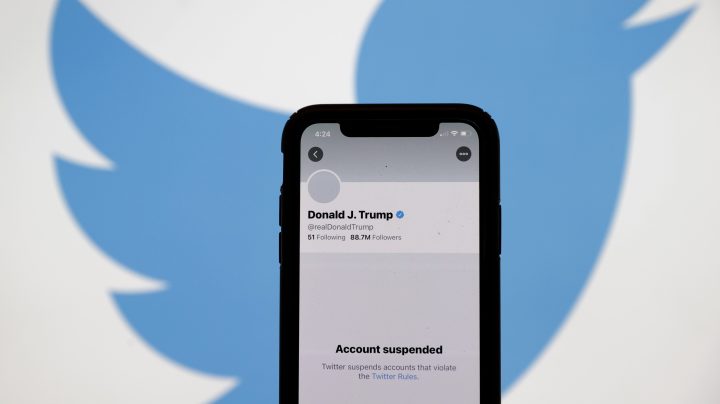 The attack on the Capitol last week and its aftermath have heightened the long-standing debate surrounding internet speech and the moderation of social media. The debate continues to swirl around 26 words tucked inside the Communications Decency Act of 1996 called Section 230. Section 230 says, “No provider or user of an interactive computer service shall be treated as the publisher or speaker of any information provided by another information content provider.”

Jeff Kosseff is the author of a book about Section 230 called “The Twenty-Six Words That Created the Internet.” Kosseff is also an assistant professor of cybersecurity law at the United States Naval Academy. He spoke to Marketplace host Kai Ryssdal about what Section 230 is, and isn’t, and where it stands right now.

Kai Ryssdal: Now that people have heard the 26 words, tell us in layman’s terms what they mean, would you?

Jeff Kosseff: So what they basically mean is that if you do something online that harms me, that defames me, I can sue you, but I can’t sue the platform that you posted that defamatory material on.

Ryssdal: OK, now we have to do the flip side because there’s so much misinformation in this misinformation environment. There’s a lot of it about what Section 230 is not. Explain that part for me.

Ryssdal: And we have to say it’s protected against government intrusion, right? It’s the point is that Twitter’s not the government, powerful though it may be.

Kosseff: Exactly. And that gets to sort of my next big pet peeve about the current debate, in that I don’t, you don’t, nobody has a First Amendment right to force Twitter or Facebook or any platform to carry their speech.

Ryssdal: Yeah. So, so let me get into slightly more squishy territory here, which is does Twitter and Facebook and all the rest of them now that we’re seeing, do they have too much power, given the current state of our national discourse?

Kosseff: I think absolutely. I think it’s completely valid to worry about a few very large companies having such control over people’s ability to speak. Whether that’s a Section 230 issue is a different story. The goal of Section 230 is actually to have more venues for speech. And we do, we have a lot of different platforms. But I attribute this more to economics than to law. There have been a few very large platforms that people have gravitated toward.

Ryssdal: Well, yeah. So let’s play the economics out here for a second. And then I want to, I want to get to the, to the reform part of this. But you have said and you talked about this on “Make Me Smart” with me and Molly. And talked about it on “[Marketplace] Tech” with Molly. It is the foundation of so much business that happens on the, on the internet right now.

Kosseff: Absolutely. When you look at the business models of any platform, whether it’s a very large social media site to a community news site that allows the user comments, they rely on the certainty that Section 230 provides to them to be able to base so much of their business around user-generated content.

Ryssdal: It seems to be we’re trying to put the toothpaste back in the tube, right? I mean, for all the good intent that Section 230 came with when it was written, I’m not sure if people really expected what has happened to happen, you know?

Kosseff: Yeah, I mean, I think that the internet as a whole, I think when you look at what’s possible on the internet, both good and bad, I don’t think it would have been possible to have anticipated everything. But the issue is, now we have this and how do we, how do we change the law? Or do we even change the law? Is there anything that would make it better? And I feel like that’s where we’re kind of stuck on right now.