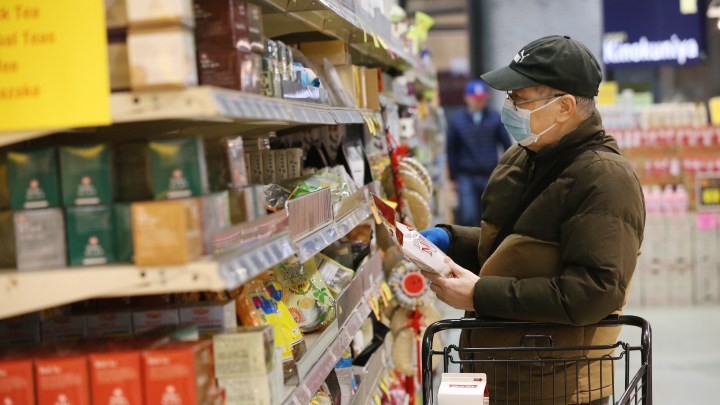 Remember lingering in the produce section, picking up each avocado to find one that’s perfectly ripe? Or moseying down the chip aisle in pursuit of a new salty snack?

Those were the old days, before the pandemic changed shopping behavior.

Lempert said that shopping has become a mission with less room for impulse buying. People get in, they get what they need, and they get out.

That’s led grocers and manufacturers to reduce offerings. The number of items grocery stores sell is down more than 7%, according to Nielsen. It’s a contrast to the “Before Times,” when grocery stores were overstuffed with seemingly every size and every flavor of every product.

Right now, the limited selection is good for grocery stores, which are trying to keep workers and customers safe and also don’t want to keep customers waiting in long lines outside.

“What they’ve discovered is less is more,” Lempert said.

The fast and efficient behavior is even more extreme with online ordering. The average grocery store has 40,000 products, said Doug Baker with FMI, the food industry association. But a website search bar lets shoppers focus only on what they want.

Burt Flickinger, managing director at Strategic Resource Group, said that when ordering online for delivery or curbside pickup, “people will buy the brands that he or she knows. They might not buy new brands.”

This trend is most prevalent in the middle of the store, where processed foods live. And that forces manufacturers to focus on their most popular products — for example, penne pasta instead of cavatelli.

According to Baker with FMI, those manufacturers “immediately started looking for slower-moving items that they could suspend.”

Baker said reducing options makes sense for the manufacturers trying to keep enough of their popular products on store shelves.

“If you imagine a machine that is producing multiple line extensions of a single item, every single time you change the flavor you have to shut it down, you have to change the packaging. That’s precious time.”

It won’t be back to basics forever. But long term, Baker said, the pandemic could convert more people into loyal shoppers of stores like ALDI or Trader Joe’s, which carry fewer items.

Some shoppers are now realizing that too many choices may not be a good thing.