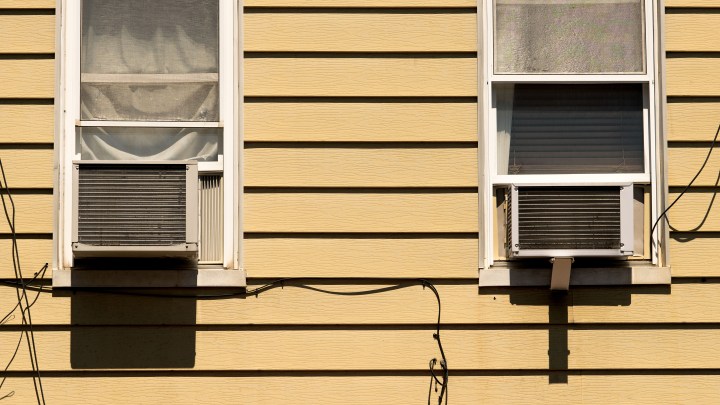 Buried in the government spending and economic relief bill just signed by President Trump is a climate provision that many may find surprising. It phases out a key refrigerant in our home and industrial air conditioners that traps heat in the atmosphere.

Also surprising to some: The refrigeration and cooling industry favors the change.

Why? Whenever a polluting product gets phased out, a cleaner one has to be sold by somebody. So now the industry smells opportunity.

This federal policy syncs up with a global effort to move away from hydrofluorocarbons, or HFCs, and the machines HFCs go into.

“It creates a global market for alternative appliances,” Andrew Light, senior fellow in the global climate program of the World Resources Institute, a research group, said. “And that’s a gigantic market. The global market for refrigeration and air-conditioning units is going to grow like 4 1/2 times in the coming decades.”

That is, assuming markets including India and China join the phaseout. The countries have not yet ratified an international agreement on the topic, and neither has the United States. Global implementation could reduce global warming by 0.5 degrees Celsius, or nearly 1 degree Fahrenheit, by decade’s end, scientists estimate.

That 0.5 C could end up making a big difference in limiting climate change.

“What would be the difference a world where we stabilized at 1.5 C and one at 2 degrees Celsius [warning]? And it’s a different world,” Light said. “We need every little bit that we can, and it just turns out that this one particular measure might be one of the most important factors in closing that gap.”

The incoming Biden administration said it plans to pursue ratification by the U.S. Senate, a measure also supported by American industry.

“We hope that perhaps as the United States makes a move to do that. There are over 100 countries who have already ratified, so we feel perhaps we’re a little bit behind,” Samantha Slater, vice president of government affairs at the Air-Conditioning, Heating and Refrigeration Institute, said. “And that will spur on some of the other major countries as well.”

“The losers in all of this will be homeowners, car owners, as well as business owners like restaurants and supermarkets and convenience stores that have a lot of refrigeration equipment,” Lieberman said.

The legislative change, as well as the global agreement, would phase out HFC refrigerants and cooling units over nearly three decades.