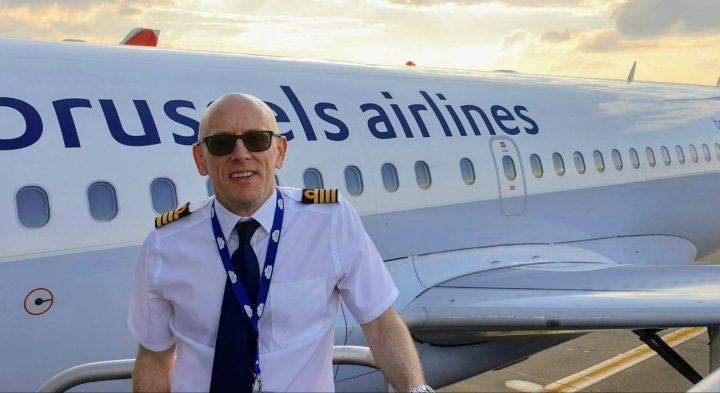 COPY
Before the pandemic, Nick Gifford flew passengers around Europe as a commercial airline pilot. Courtesy Nick Gifford
My Economy

The aviation industry has been hit especially hard by this recession. And even as air travel picks up a bit around the holidays, it’s still nowhere near what it was before the pandemic. In the U.S., 752,451 people went through a Transportation Security Administration checkpoint Monday compared to 2,250,386 people on the same day last year.

Before the pandemic, Nick Gifford flew passengers around Europe as a commercial airline pilot. But as air travel dramatically slowed in the spring, Gifford, who was working as a contractor for a Belgian airline at the time, quickly lost his job.

Back home in Leeds, England, he circled through various jobs before landing at the National Health Service as a convalescent blood plasma collector. His new income is just a fraction of his old one.

“Financially it’s been a huge hit, probably an 80% pay cut from being an airline captain to the role I’m doing now,” Gifford said. “I can no longer afford the mortgage on the house; the house has been on the market for a few months now. No offers unfortunately so far, but perhaps in the new year.”

And while he finds his current work fulfilling, he’s looking forward to when air travel picks back up.

“I’m certainly more optimistic now looking into 2021 with the vaccines. I think there’s a good chance travel will start to recover and I can start flying again, hopefully.”