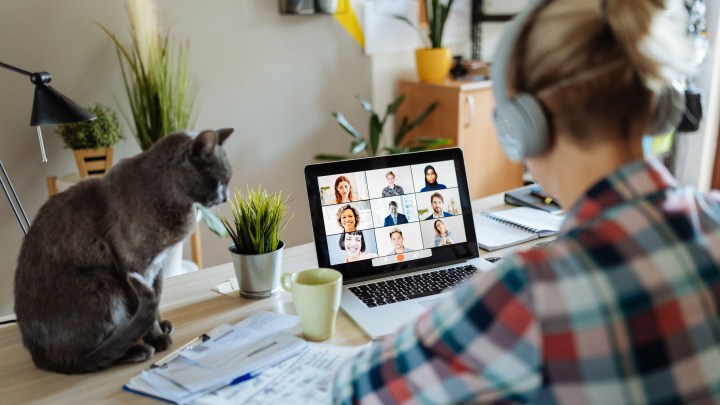 COPY
People may not want to work from home all the time, says Juliana Horowitz of Pew, but "there's definitely a shift towards wanting that to be at least part of their work arrangement." Drazen_ via Getty Images
COVID-19

People may not want to work from home all the time, says Juliana Horowitz of Pew, but "there's definitely a shift towards wanting that to be at least part of their work arrangement." Drazen_ via Getty Images
Listen Now

Nearly 90% of people who have been able to work from home during the pandemic do not want to go back to the office full time, even once it’s safe to do so, according to a new study out today from Pew Research. And employers are already thinking about how that’s going to change their workplaces.

Jonathan Soon is in that majority of people who would like to keep working from home permanently.

“At home, I have a window by where I work, so I can open it and get fresh air, or just look out the window,” he said.

There are no windows in the IT department where he works at a university in Southern California. He likes how quiet it is at home and not having to commute.

Pew Research found that more than half of people whose jobs have allowed them to work from home during COVID-19 want to keep doing it all or most of the time. Another third say they’d like to at least some of the time.

“That’s creating a lot of conversation about how we’re going to operate in summer 2021,” said Justin Draeger, who runs the National Association of Student Financial Aid Administrators, a nonprofit in Washington, D.C., with about 45 people on staff. Nearly all of them now say they want to be able to divide their time between home and the office. And Draeger’s OK with that.

“This idea of being in the office five days a week, I think, is a bygone era for companies that have successfully moved to telework,” he said.

And a lot have. Kate Lister, with Global Workplace Analytics, said the companies she’s talking to in tech, law, banking and insurance are planning to keep doing it after the pandemic ends.

“We’ve reached the tipping point where there’s enough companies that are going to be offering it, that if you’re a company that doesn’t offer it or allow it, you’re simply not going to be able to hold on to your people or attract the best talent,” she said.

Before the pandemic, most of the people who have jobs that can be done remotely rarely, if ever, worked from home, the study found.

“This is really a big change,” said Juliana Horowitz, associate director for social and demographic trends research at Pew. “That even if people don’t want to necessarily work from home all the time, that there’s definitely a shift towards wanting that to be at least part of their work arrangement,” 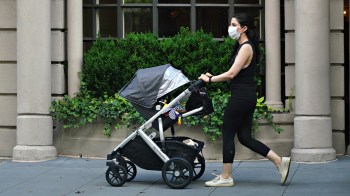