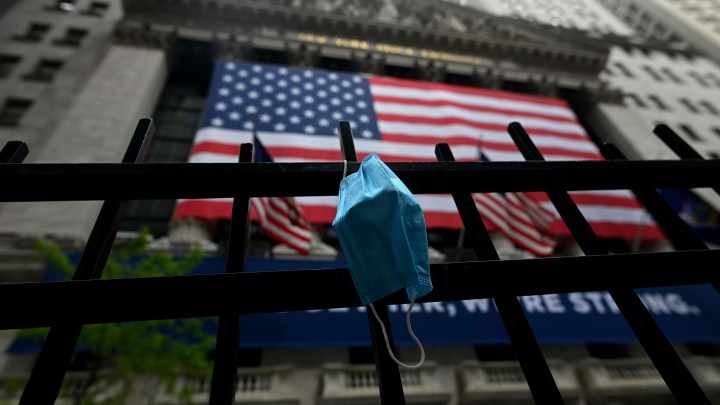 COPY
At Vanguard, 4.5% of people had taken a coronavirus-related distribution as of the end of September. Johannes Eisele/AFP via Getty Images
COVID-19

At Vanguard, 4.5% of people had taken a coronavirus-related distribution as of the end of September. Johannes Eisele/AFP via Getty Images
Listen Now

Alyssa Wright had only been saving for retirement for a little over a year before the pandemic hit, and at 32, she already felt behind.

“I started saving so much later than I feel like a lot of people do,” said Wright, who works as an insurance adjuster in Houston. “So I was paying in the max amount that I possibly could.”

The last thing she wanted to do was take money out of that account. But then, in March, her husband lost his job as an instructor at a music school, and their household income dropped from about $80,000 a year to about $40,000.

“Living on one income has been kind of drastic for us, and so the adjustment was hard,” she said. “We just kept hoping things would get better, and it hasn’t.”

By August, Wright’s husband still wasn’t back to work, they had run through their savings, and they hit a point where they were having to decide between getting groceries and making their car payment. That’s when she decided it was time to take the money out of her 401(k) — all $10,000 she had saved.

In March, as part of the Coronavirus Aid, Relief and Economic Security Act, the federal government temporarily relaxed the rules on accessing retirement savings early. Through the end of the year, people who have been affected by the coronavirus can take up to $100,000 out of their retirement account without a penalty. They also have up to three years to pay it back without having to pay taxes on it.

So far, though, not many people have dipped into their retirement accounts. At Vanguard, about 4.5% of people had taken a coronavirus-related distribution as of the end of September. At Fidelity, just over 5% of people had dipped into their retirement account as of the end of October. The amounts people are taking out have also been relatively small — roughly $10,000 to $12,000.

“It says to me that most people at this point recognize that their 401(k) is their primary source of retirement income, and they’re not going to tap into it unless they have to,” said Jeanne Thompson, a senior vice president for workplace consulting at Fidelity (a Marketplace underwriter).

The majority of those who have taken money out of their retirement accounts during the pandemic worked in industries that have been particularly hard hit, Fidelity found, including manufacturing, retail and health care.

The fact that about 95% of people with retirement accounts have not touched them during the pandemic is encouraging, according to David Stinnett, who leads the strategic retirement consulting team at Vanguard.

“The CARES Act piece of public policy was something that was used, but used in a very limited way, presumably by those who most needed it,” he said. “And for those who didn’t most need it, they fortunately stayed focused on their long-term retirement savings needs and didn’t tap into their savings.”

There’s another reason, though, that relatively few people have taken money from their retirement accounts, according to Alicia Munnell, director of the Center for Retirement Research at Boston College.

“The people who have 401(k) plans aren’t the people who’ve lost their jobs,” she said. “So even though the CARES Act made it easy to take money out, most of these people are still employed and have no need to tap their 401(k).”

The people who have been hit hardest by the pandemic — Black and Latinx workers, women and those who with low incomes — are the least likely to have a 401(k) to tap. 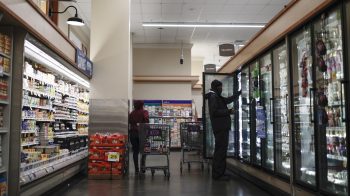