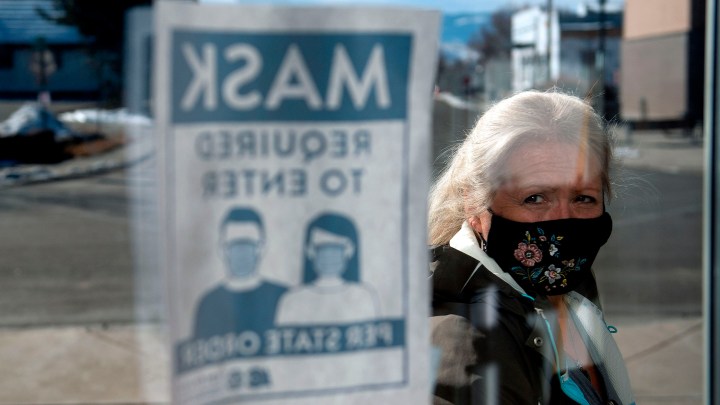 The economy, which had rebounded sharply in the July-September quarter as businesses reopened from virus-related shutdowns, is now expanding more slowly. Jason Connolly/AFP via Getty Images
COVID & Unemployment

The economy, which had rebounded sharply in the July-September quarter as businesses reopened from virus-related shutdowns, is now expanding more slowly. Jason Connolly/AFP via Getty Images

U.S. employers added 638,000 jobs in October, a solid pace though far fewer than needed to regain most of the jobs lost to the pandemic recession just as new viral cases are setting record highs.

The gain suggested that a tentative economic recovery may remain intact even in the face of a surging viral outbreak.

The report Friday from the Labor Department said the unemployment rate fell to 6.9% from 7.9% in September. But eight months after the virus struck the United States, the economy still has recovered barely half the 22 million jobs that were lost to the pandemic.

The job market and the overall economy are under intense pressure from the accelerating pandemic. On Thursday, the nation broke another record in the seven-day rolling average for new cases, hitting nearly 90,000. Daily new cases were also on track for another day above 100,000, with surging numbers reported all around the country, including a combined nearly 25,000 in Texas, Illinois and Florida.

The economy, which had rebounded sharply in the July-September quarter as businesses reopened from virus-related shutdowns, is now expanding more slowly. Many businesses, especially restaurants and bars that had made use of outdoor seating, face a dim future as the weather turns colder. Consumers may also pull back again on shopping, traveling and other activities to avoid contracting the virus.

Friday’s report follows the expiration of government stimulus for struggling individuals, businesses and state and local governments and the failure of Congress to provide further aid.

Consumer spending on services like restaurants, health care and haircuts is rising much more slowly this fall after having rebounded in May and June. It remains 7% below the pre-pandemic level — a decline that threatens many labor-intensive parts of the economy. The restaurant reservations website OpenTable shows, for example, that just three-quarters of restaurants are now taking reservations, a decline from three weeks ago.

The slowdown has coincided with the waning of $1,200 checks that were sent to most adults in the spring and a $600-a-week federal jobless benefit that expired in July. That was followed by an additional $300 that lasted through mid-September. A study by JPMorgan Chase found that Americans spent roughly two-thirds of such money by the end of August.

“The economy is on its own against the virus,” said AnnElizabeth Konkel, an economist at the job-posting website Indeed. “Accelerating cases are an ever-present threat during winter, and a virus surge means economic uncertainty for businesses. Until that uncertainty is eliminated, the labor market will struggle to return to what it used to be.”