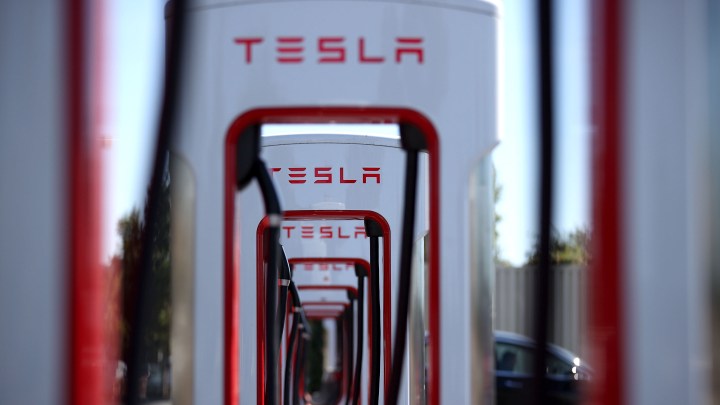 The last seven months have been tough for a lot of businesses, including many automakers — but not for Tesla.

The electric vehicle maker just announced that it delivered 139,000 cars, a record number, in the third quarter, which analysts say bodes well for its quarterly earnings, scheduled to come out Wednesday.

“Tesla has done really well even despite the pandemic,” said Michelle Krebs of Autotrader.

One reason is that Tesla sells cars directly to consumers. Even before the pandemic, it was easy to buy a Tesla from home.

“You could order over the internet in the course of two to three minutes,” said Daniel Ives of Wedbush Securities.

So when many dealerships had to close for a while during the pandemic, it didn’t hurt Tesla the way it did other car makers.

The company has also been selling and delivering a lot of cars outside the U.S., in Europe, and particularly in China, where demand has “skyrocketed,” Ives said. “China has really been a linchpin to this Tesla success story over the last year.”

Sales have been rising in Europe, too, where there are a lot of government incentives for people to buy electric vehicles, but China’s economy — and car sales — have “really bounced back after the pandemic,” Krebs said. “And it is the biggest EV market in the world.”

Tesla has dominated the electric vehicle market for a while. But that could be changing, as demand for electric cars rises, and more traditional automakers — like Ford, Volkswagen and General Motors — make a bigger play to get into the market, according to analysts.

“The big challenge for Tesla is that they have a lot of competition coming,” Krebs said. “For the past 10 years, they haven’t had much in the way of competitors, and the few that have popped up, they have conquered. But there are more and more coming.”