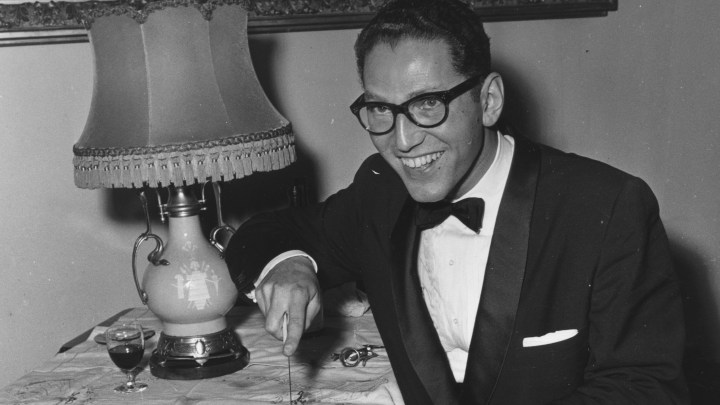 Songwriter Tom Lehrer became a star in the 1950s and ’60s writing and performing satirical songs that skewered just about everything. Since then, his work has appeared on stages in London and New York, been translated into Spanish and Swedish and even sampled on a rap track.

Lehrer, 92, announced Tuesday via his website that he’s effectively putting everything he ever wrote into the public domain. That means his lyrics and sheet music are available for anyone to use or perform, without having to pay royalties or deal with lawyers.

Songwriters can earn money when websites post their lyrics, when people buy their sheet music or when other musicians cover their songs.

Abby North, CEO of North Music Group, a music rights management company, said copyright holders usually are in no hurry to put their work into the public domain.

“Because we all have families, and many of these copyrights have been sustaining multiple families for multiple generations,” she said.

Lehrer’s giving up those royalties. But in exchange, he’s trying to give his work a new lease on life, said Siva Vaidhyanathan, a media studies professor at the University of Virginia.

“Lehrer, in this case, is basically saying, ‘Hey everybody, come revisit my material, come do with it what you want,'” he said.

The public domain inspired Disney characters Mickey Mouse and Mulan and a lot of other great art, Vaidhyanathan said.

“So the works of Dickens, the works of Twain, the works of Shakespeare, the Bible — they all matter to us because they belong to us and we can do our own versions of them,” he said.

That could mean we’ll be hearing more of Tom Lehrer’s work, said Jennifer Jenkins, who runs the Center for the Study of the Public Domain at Duke Law School.

“There is empirical research showing that when material enters the public domain, it actually gets used more,” she said.