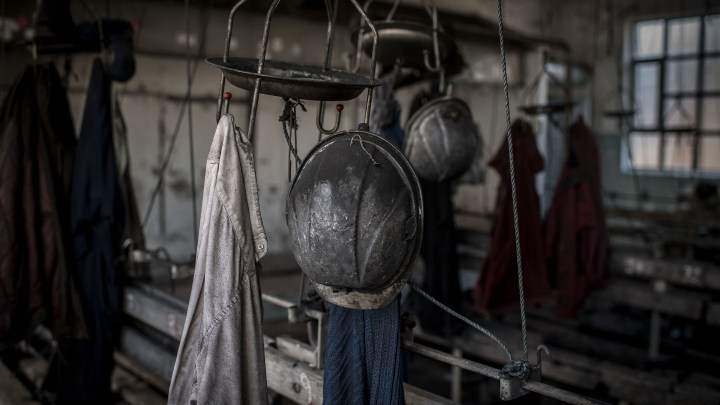 COPY
With this latest round of closures, at least 1,100 jobs are at stake. David Ramos/Getty Images

With this latest round of closures, at least 1,100 jobs are at stake. David Ramos/Getty Images
Listen Now

Half of Spain’s remaining coal-fired power stations closed this summer, and more will follow in the next few months.

The closures began after the European Union introduced new rules in 2016 that banned state aid to polluters in the energy sector.

At least 1,100 jobs are at stake, especially in the region of Asturias — Spanish coal country. Ángel García Montes, who works at the decommissioned Lada coal plant, says it’s the final blow for the once thriving town of Langreo.

“This is a very industrial town, and it was a town that was rich from industry, dedicated to coal mining, which employed 7,000 or 8,000 people, and to iron and steel work, too,” he said, in Spanish.

The plant where he works is owned by Spanish multinational Iberdrola, which is keeping on workers to dismantle the structure. Iberdrola will open wind and solar farms in the region to replace the coal plant, but not in Langreo.

“There is no alternative project in our area,” García Montes said.

García Montes and his 100 or so colleagues would have to travel more than an hour to work at a new wind farm. And fewer of them may be needed to work there. It takes about five times as many coal workers to generate a megawatt hour of electricity as wind farm operators, according to consultancy BW Research Partnership.

Spanish energy providers decided that refitting coal plants to reduce carbon emissions was too expensive to meet EU regulations. Tatiana Nuño of Greenpeace Spain said the country could be powered by 100% renewable energy by 2030.

“When coal companies have to play by the clean air rules, which are really important, coal cannot compete,” she said.

The power companies decided long ago that coal wasn’t sustainable with the falling price of renewable options like wind turbines and solar panels. Ignacio Galán, Iberdrola’s CEO, spoke about that decision to Spanish media.

“We started this transition 20 years ago, creating thousands of new jobs for people who are working with the technology of the future,” he said, in Spanish.

Under the EU’s emissions trading system, companies pay for any excess carbon dioxide they produce beyond a capped annual allowance. So across Europe, coal increasingly costs much more than renewables.