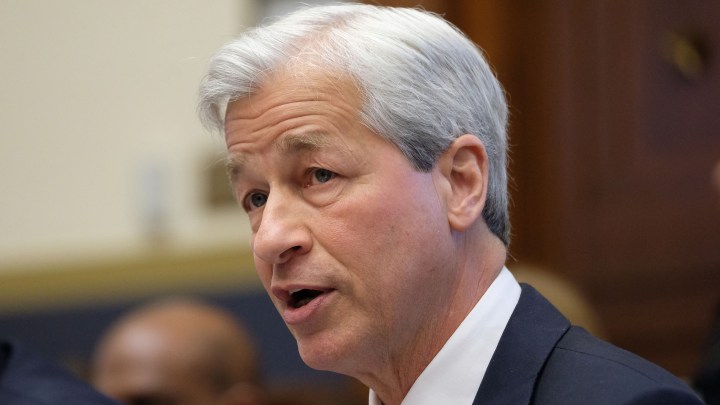 COPY
"We can do more and do better to break down systems that have propagated racism and widespread economic inequality, especially for Black and Latinx people," JPMorgan Chase Chairman and CEO Jamie Dimon said. Alex Wroblewski/Getty Images
Race and Economy

"We can do more and do better to break down systems that have propagated racism and widespread economic inequality, especially for Black and Latinx people," JPMorgan Chase Chairman and CEO Jamie Dimon said. Alex Wroblewski/Getty Images
Listen Now

The nation’s biggest bank, JPMorgan Chase, says it will allocate $30 billion over the next five years to help address economic disparities due to racism and systemic inequality. While there is some philanthropy as part of this, most is lending with an expected return for the bank.

Marketplace’s Nova Safo has the latest on this. He spoke with “Marketplace Morning Report” host David Brancaccio, and the following is an edited transcript of their conversation.

David Brancaccio: How will this $30 billion break down?

Nova Safo: It’ll be in the form of better access to capital and financing, and just banking in general, for Black and Latinx customers — things like home loans, capital for affordable housing projects and small business loans.

And, yes, the bank says it’s incorporating change into the way it does business, so this is not just charity. They expect to make money.

The biggest chunk of their commitment is $14 billion in loans and investments to expand affordable rental housing in underserved communities. And another $8 billion in mortgage loans to help Black and Latinx people purchase homes.

Brancaccio: There is a very long history of banks discriminating in their lending. I remember the Federal Reserve study showing that, controlling for risk, banks gave a harder time to minorities applying for business loans. How far might this go to addressing long-standing wrongs?

And let’s keep in mind that JPMorgan Chase has assets of $3.2 trillion. So is $30 billion enough?

The bank did circulate statements of support from various philanthropic leaders. One stood out to me, from Michael McAfee, head of PolicyLink, a think tank focused on racial and economic equity.

He says JPMorgan Chase is “beginning the journey” to address inequality.