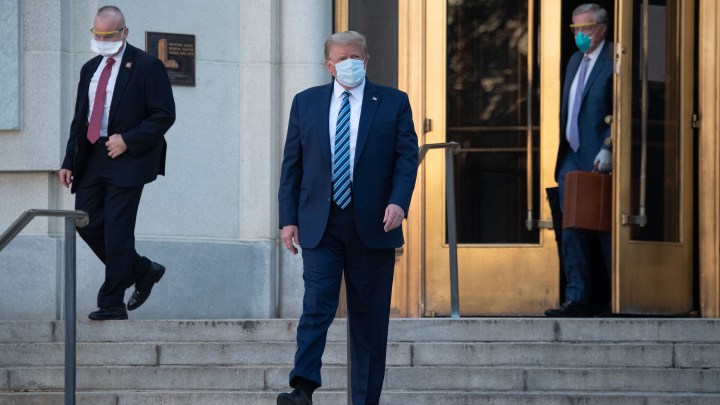 COPY
Their ranks have increased by about 25% during the Trump administration, to almost 11 million people, according to the report by New York University professor of public service Paul Light. Saul Loeb/AFP via Getty Images

Their ranks have increased by about 25% during the Trump administration, to almost 11 million people, according to the report by New York University professor of public service Paul Light. Saul Loeb/AFP via Getty Images
Listen Now

A new report says the Trump administration is steadily increasing the ranks of government contract workers — actually growing the size of the federal workforce in spite of promises to drastically reduce federal hiring.

The federal workforce includes more than just employees in government agencies. There are also postal workers, active duty military — plus federal contractors and people working under government contracts, like building a federally funded bridge or fighter plane. If you add them all up, their ranks have increased by about 25% during the Trump administration, to almost 11 million people, according to the report by New York University professor of public service Paul Light.

“We are currently right around an all-time high dating back to 1984,” Light said.

Light said most of the new hires are those federal contractors or employees working under federal grants. He said lots of presidents, including President Obama, do this during wartime, or if there’s a recession.

But Light said other presidents have been more transparent about it: “Are you basically saying, ‘look, we’re doing this’? Or are you maintaining the rhetoric that, you know, we’ve cut government to the bare bones?”

Plus, Light said most of the federal hiring under the Trump administration occurred before the economy was hit by COVID-19.