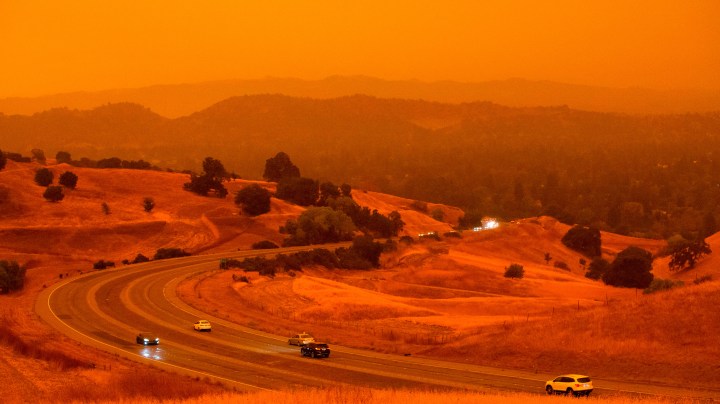 Air quality across the West has been unhealthy for weeks. In some cases, it’s literally off the air-quality charts.

And wildfires continue to consume massive swathes of California, Oregon and Washington.

People are being advised to stay inside and avoid activities outdoors, but just as with pandemic stay-at-home orders, not everyone is in a position to comply.

Farmworkers are still out in the fields keeping our food supply on track, while many of us have shut ourselves inside with air conditioners and purifiers.

Scenes in California’s Central Valley in recent weeks have looked apocalyptic, according to Armando Elenes, secretary treasurer of the United Farm Workers union.

“Your eyes start hurting. You think it’s you think it’s a fog, with the sun being kind of blurry orangey,” he said.

Already battered by COVID-19, farmworkers are now spending all day in these conditions, which can cause severe respiratory problems and cardiovascular disease, Elenes said.

But there’s no specific federal safety standard to protect workers from the smoke.

In California, when small particle pollution gets this bad, the state requires employers to provide workers with a filtering mask — the N95s that are pretty much impossible to get now.

“They were all diverted towards health care purposes, and so we were experiences significant difficulties,” said Ryan Jacobsen, CEO of the Fresno County Farm Bureau. He said the state has given his office about half a million N95 masks to distribute.

Last week, the United Farm Workers surveyed several hundred workers and found many still lacking a respirator. But at least California has standards.

“It gives employers a really good road map that anybody can look at,” said Debbie Berkowitz, worker health and safety program director at the National Employment Law Project.

She said other states could follow that lead. In Oregon, air pollution has been the worst in the world in recent days. Lawmakers there have considered adopting a similar standard to address the poor air quality expected to linger in some areas for weeks.