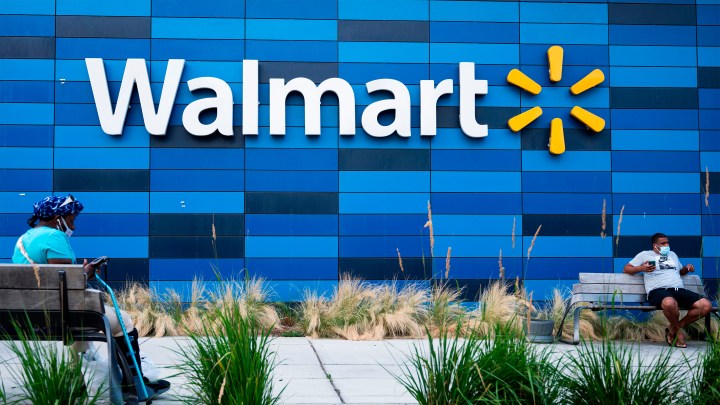 Walmart is launching a new subscription program called Walmart Plus. It costs $98 a year, or $12.95 a month, for unlimited shipping and other perks like discounted gas and the ability to pay from your phone when you shop in stores.

Does this sound similar to say, Amazon Prime? The big question is, can Walmart compete with Amazon?

Terence Polk has a message for everyone who’s discovered curbside pickup during the pandemic.

“You guys are late to the party,” Polk said. It’s how he’s been getting groceries from Walmart in Greensboro, North Carolina, for years. But almost everything else he buys comes from Amazon using his Prime subscription. He’s been a member for eight years and likes the convenience. He uses it to stream TV shows and store photos, too.

“So the side perks kinda make up for anything you’d get from switching to Walmart,” Polk said.

“Walmart would need to offer benefits above and beyond what Amazon Prime is already offering. It can’t just match,” said Diana Smith, an e-commerce analyst at Mintel. The company found that 20% of subscription customers would consider switching to another service if the benefits were more valuable.

But it’s not just about the benefits.

And that loyalty is sometimes really just laziness.

“We’re lazy, we don’t want to think too much,” said Tom Meyvis, professor of consumer behavior at New York University’s Stern School of Business. “So as long as things are going OK, we tend not to change.”

He said taking on Amazon is not going to be easy. But Walmart can’t afford not to because free shipping subscribers suffer from shopping tunnel vision.

“You lock people into your service, and you get people to shop on your sites,” Meyvis said.

And in the pandemic, he said, there’s still room for Walmart to grab newer online shoppers who don’t have Amazon Prime.