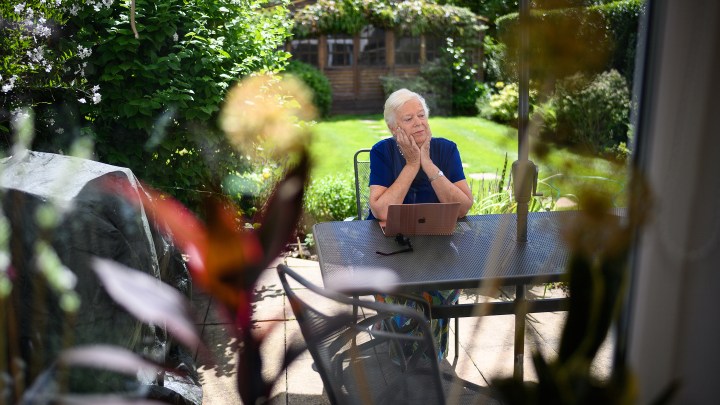 For the millions of workers who suddenly went remote during the pandemic, the boundary between work and life has become more muddled than ever. A lot of folks are juggling jobs and kids at home. Without commutes, workers are actually logging more hours, multiple surveys show.

Now the Department of Labor has issued guidance, reminding workers and their employers to accurately track those hours so that workers get paid for their time.

Omar Zaki has been working from home as a sales engineer in Atlanta for years, but with the pandemic, his 6- and 4-year-old are home, too, and he’s worried about potential job cuts at his company.

“You’re just on duty all the time,” Zaki said.

He finds himself working longer, later hours, though some of them aren’t as productive as he’d like since he and his wife tend to the kids during the day.

“What is a work hour has become muddied for me and everybody that I work with,” he said.

Zaki is on salary so he doesn’t punch in on a timecard. But for those who do get paid by the hour, how do they keep track?

“When working remotely, you don’t necessarily have the same checks and balances and the same protocols in place,” said Jeffrey Ruzal, an employment law attorney in New York.

Because people aren’t clocking in at the office or working a traditional eight-hour day, Ruzal says that could expose employers to lawsuits for unpaid work. That makes it all the more important to encourage employees to accurately report their hours, odd as they may be.