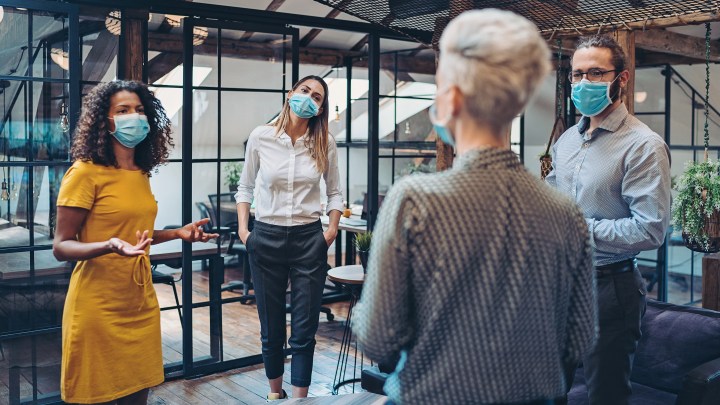 Research published Tuesday in The Economic Journal suggests differences in the way men and women network may play a role in workplace gender gaps in pay, for example.

Anja Prummer, an economist at Queen Mary University of London, is a co-author of that research, and she spoke with “Marketplace Morning Report” host Sabri Ben-Achour. The following is an edited transcript of their conversation.

Sabri Ben-Achour: First, how do men and women network differently?

Anja Prummer: So what we find in our study is that men tend to have large networks, meaning they connect with more people, whereas women tend to connect with fewer people, but their peers and relationships are themselves connected. And we refer to this as a more clustered, tighter network for women and a loose, sparse network for men.

Ben-Achour: How does that difference in networking translate into differences we see in the workplace?

Prummer: What we show is that each of these networks comes with different types of advantages. So women’s networks have the advantage of generating a lot of trust and a lot of peer pressure. Because if you are at work and you have a project failure with one of your teammates, then not only your teammate and you are affected by it, but also the people who are connected with both of you. You might not get along as much after failure, you might be disappointed. And what this means is that in order to avoid this, women worked incredibly hard on all kinds of projects. Men, on the other hand, they have these sparser networks and they give them access to information. And so men learn much more whether a project is a high-risk, high-reward project, and therefore tailor their efforts much more appropriately to the project at hand.

Ben-Achour: I would love to hear an example of how this would work out in the real world. Can you give an example?

Prummer: What we know is that the gender wage gap is increasing the more uncertain the task is. So, in law, the gender wage gap is significantly larger than in nursing. And so in environments such as among lawyers, where it’s not clear, a priori, which case is the case you should work on, men’s networks generate an advantage for them, while women’s networks are detrimental. On the other hand, if you think about nursing, this is a task where you just need to do your job. It doesn’t matter whether one type of task has a higher reward, in some sense, and there, it is much better to have these types of networks which just induce you to work hard. Whereas in the law environment, it is much more important to understand where to allocate your effort.