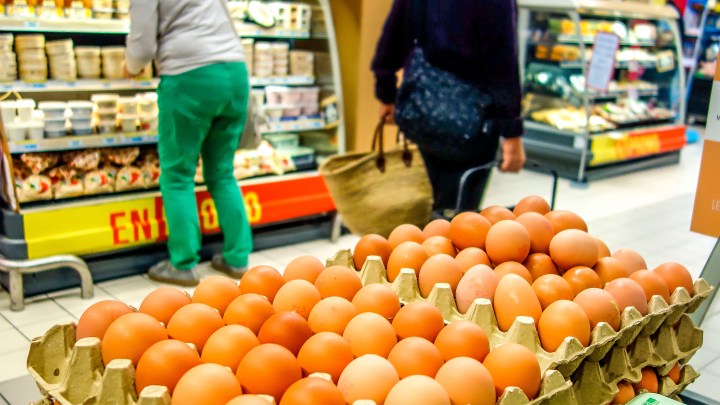 COPY
Rising prices by a lot on essential items — like eggs or medicine — during a crisis is illegal. Philippe Huguen/AFP via Getty Images
COVID-19

Rising prices by a lot on essential items — like eggs or medicine — during a crisis is illegal. Philippe Huguen/AFP via Getty Images
Listen Now

The New York attorney general this week filed a lawsuit against a major egg producer, alleging that Hillandale Farms raised prices for eggs in the midst of the pandemic to as much as quadruple the prices it charged between January and early March.

Hillendale has denied the allegations and said it worked to make sure eggs would remain on store shelves for its customers.

When it comes to raising prices, what is legal and what is not?

In a free market society, you can raise the price on your products. But Omri Ben-Shahar, a law professor at the University of Chicago, said once a state of emergency is declared, raising it too much could be considered price gouging.

“The price cannot rise to a level that, we sometimes call it, unconscionable,” he said.

And in an emergency, like a hurricane, an earthquake or a pandemic, price increases that might be OK under other circumstances raise questions.

“That starts to feel a little more like taking advantage of someone when they’re down,” said Andrew Novakovic, professor of agricultural economics emeritus at Cornell University.

In a lot of states, anti-gouging laws reference essential goods, which in many states means fuel, medicine and food.

Charging a lot more for those during an emergency is illegal.