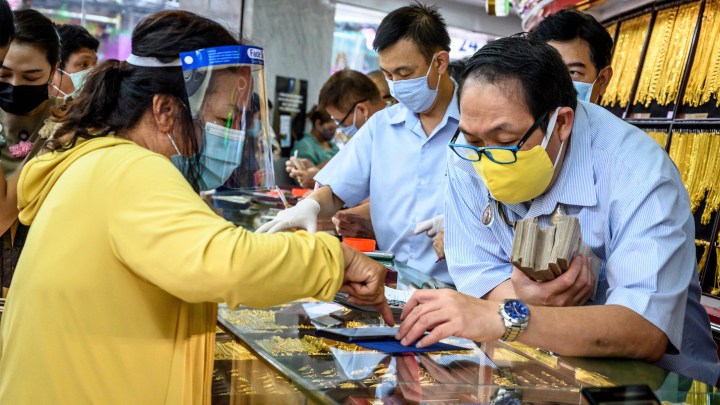 COPY
A woman sells gold jewelry to a shop in Bangkok. The price of the precious metal has climbed. Mladen Antonov/AFP via Getty Images

A woman sells gold jewelry to a shop in Bangkok. The price of the precious metal has climbed. Mladen Antonov/AFP via Getty Images
Listen Now

In this precarious economic environment, it’s hard to believe that any kind of investment would hit a record high. Which of course happened today — to gold. The precious metal is famous as a so-called safe haven when investors get scared away from other assets. And in this case, there is growing pessimism about the broader U.S. economy.

Gold is typically a none-of-the-above investment. When there’s no other good answer, people buy gold.

First, there is skepticism about bonds, which pay investors interest, or yield, which gold doesn’t. But the Federal Reserve of late has kept interest rates exceedingly low, which, factoring in inflation, could mean bonds lose value in real terms.

“If you’re in an environment where you’re expecting yields to be low or negative or zero for an extended period of time, which is what the Fed has suggested, it certainly sends you in other directions,” said Steven Dunn, head of exchange-traded funds at Aberdeen Standard Investments.

As for stocks, the U.S. equity market has managed an impressive run since late March, but the COVID-19 pandemic shows signs of worsening in much of the country.

“The virus uncertainty is what’s really concerning people,” Edward Moya, market analyst at currency broker Oanda, said. “If we don’t have any earnings growth or if we don’t see these companies really making money, how can this stock market rally continue?”

He said investors have growing doubts there, as well as about the U.S. dollar, often seen as an extremely safe bet.

“The dollar is no longer king,” Moya said. “And it’s going to pass that crown over to most likely the euro. Europe handled the virus a lot better. Europe is having a stronger rebound.”

When the dollar falls, gold tends to rise. Moya said in the past week retail investors have joined institutional investors in the precious metal.
But even though it’s a last resort, gold can be volatile, too. Finance professor Campbell Harvey at Duke University has studied the long history of gold prices.

“What we found was that gold is an unreliable hedge,” Harvey said. “So even at the beginning of the COVID-19 crisis, gold fell in value.” 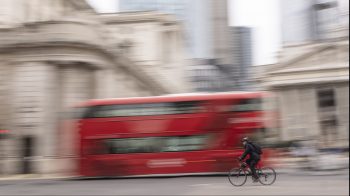