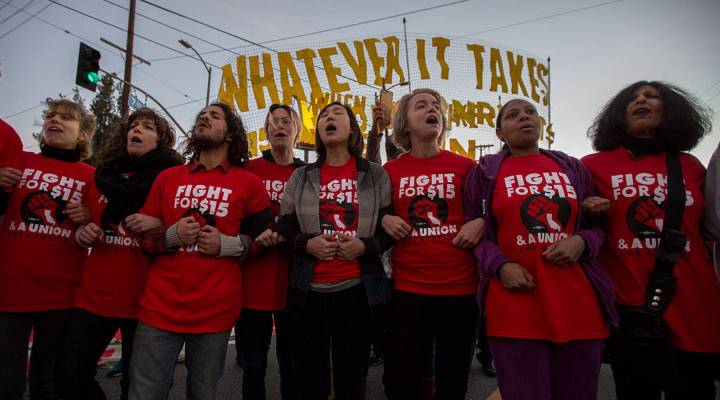 Illinois, Nevada, Oregon, the District of Columbia, and some cities raised their minimum wages on July 1.

Some business owners wanted the pay hike delayed because of their struggle with coronavirus restrictions. But in most places, the raise took effect as planned.

Sandy Schoenborn owns a three-screen movie theater in southern Illinois. It’s closed now because of the pandemic. In May, she wrote the Illinois legislature and governor, asking them to delay the minimum wage increase.

“Extra expenses when we didn’t have much money coming in … was going to make it difficult to stay a viable business,” she said.

When the theater does open, hopefully later this month, Schoenborn will have to pay her workers the new minimum, which is $10 an hour. David Cooper of the Economic Policy Institute says minimum-wage workers will actually spend the extra money – maybe on things like movie tickets.

“Raising the minimum wage is one of the simplest and most straightforward ways to get money into the hands of people that are very likely to go out and spend those dollars right away,” he said.

Cooper adds that the best way to help small businesses cope with the pandemic and higher minimum wage is more government loans or tax deferrals.