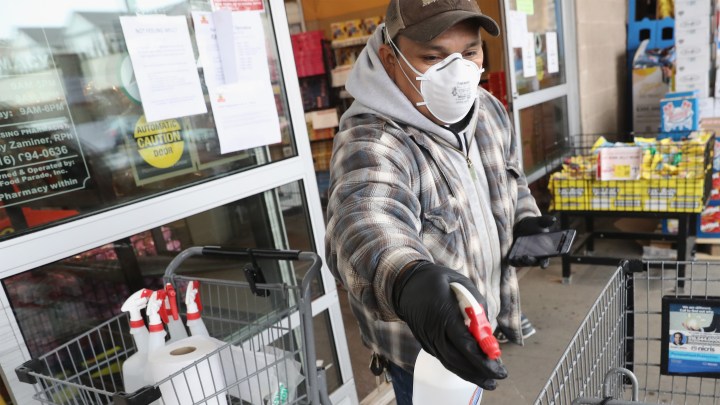 But all of that progress came when businesses were reopening. Right now, COVID-19 cases are surging in Florida, Texas, California and elsewhere. And some businesses that just re-opened are having to re-close. Some of them, maybe, for good.

It could take a long time to claw back the damage the pandemic is causing to Americans’ employment. The state of the economy is a mixed bag right now, said Robert Frick, corporate economist at Navy Federal Credit Union.

“We’re making great strides hiring back in certain industries that were the hardest hit,” Frick said, like leisure and hospitality, manufacturing, retail. “But at the same time, we’re adding to the ranks of the permanently unemployed, kind of the hard-core unemployed.”

Sure, we’ve added about 7.5 million jobs. But we lost 22 million to the pandemic before that, said Nick Bunker, Economic Research Director for North America at the Indeed Hiring Lab.

“Employment is still 10% below what we were seeing in February,” Bunker said. “And we’re still seeing really elevated levels of job separations several months into this crisis.”

That’s what Steven Heald is facing. He worked as an assistant manager at a high-end restaurant in Washington, D.C. until business dried up in mid-March.

“Got it all ready for an extended closure, and then we were furloughed that week,” Heald said.

He got on unemployment. Then the restaurant reopened in May.

“Worked for five weeks, just doing takeout, and then the decision was made to close the restaurant for the foreseeable future,” he said.

The pain is especially severe, and may be longer lasting, for women and minorities, said Kate Bahn, director of labor market policy and economist at the Washington Center for Equitable Growth.

“Low-wage workers — who are disproportionately going to be Black workers, Hispanic workers, women workers — are less likely to have the assets and savings needed to be able to weather a downturn,” Bahn said.

Experts agree that jobs and incomes aren’t likely to fully recover until there’s a vaccine or a cure for COVID-19.