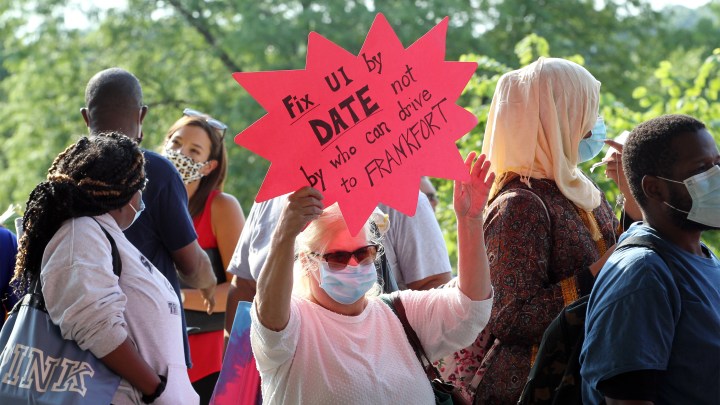 We should know more about the national unemployment picture on Thursday, when the Labor Department releases its monthly jobs report. Most economists are expecting unemployment to drop for the second month in a row, but the data might not be as accurate as we’d like.

That’s partly because since the start of the coronavirus pandemic, the Bureau of Labor Statistics has said it might be undercounting the number of workers classified as “unemployed on temporary layoff” — furloughed workers, in other words.

The Labor Department calculates the number of jobs added or lost along with the unemployment rate by calling up a representative group of Americans and asking them about their employment status. The department’s Bureau of Labor Statistics said it is now providing more training and new instructions to the people asking the questions.

“What we have is a coding problem,” said Joe Brusuelas, chief economist at RSM. But he added that the problem isn’t like the kind of coding that goes into software.

“We have individuals interviewing people who say, ‘Well, I’m a stadium worker, but there’s no work.’ They were classified as employed when they should have been classified as unemployed,” he said.

Turns out it’s a really confusing situation, both for the questioners and those answering them.

“If you get called up and you’re asked, ‘Are you employed?’ it’s a good question,” said Michael Pearce at Capital Economics. “If you’re a restaurant manager and your restaurant should be reopening, but you’re not sure when, it really is an open question, you know? Am I employed or not?”

Pearce said he doesn’t think simple training is going to make answering that question much easier.