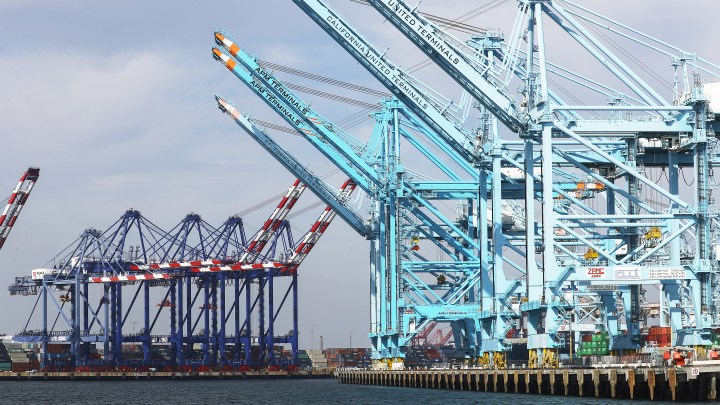 Markets flipped out overnight after White House trade adviser Peter Navarro told Fox News that the U.S.-China trade deal was “over.” Navarro then said he’d been quoted out of context, and President Donald Trump affirmed the deal is “fully intact.”

On the heels of that, the World Trade Organization reported Tuesday that global trade in the second quarter dropped 18.5% compared to last year.

For context, that big a drop in trade is really bad.

WTO Director-General Roberto Azevêdo spoke about the drop in a YouTube video.

“It will be the steepest on record,” Azevêdo said. “But there is an important silver lining here: The falling trade could have been much worse.”

Earlier estimates had trade falling more than 30% this year. Now it looks like the hit will be closer to 13%.

Trade is about people wanting stuff in one country, then parts and labor coming together from other countries to get that thing to them. But that’s tough to do in a pandemic.

“If there’s five different countries involved in making a blue widget with white polka dots, and if one of those countries is not operating at full capacity, then the rest of the supply chain either has to slow down, or stop, or find an alternative,” said Christine McDaniel, a senior research fellow at the Mercatus Center.

Earlier in the pandemic, a lot of trade just stopped. But now, said Geoffrey Gertz at the Brookings Institution, “we’re entering this new phase where there seems to be these rolling blackouts of countries turning on and off their economies going in and out of lockdowns.”

Even as economies in Europe and the United States reopen, for now, more cases and lockdowns in Brazil, India and sub-Saharan Africa create more disruptions. Dawda Jawara, with Africa-focused investment firm Altica Partners, gave the example of a key port in Kenya.

“If ships aren’t coming into Mombasa, then raw materials and finished materials aren’t being sold and distributed in Kenya, Rwanda, Burundi, Tanzania, all of the kind of inland countries,” Jawara said.

Keeping trade flowing requires countries to keep COVID-19 under control.  But that’s a big if, so the WTO and other trade groups create a best-case scenario, a worst-case scenario and cross their fingers. 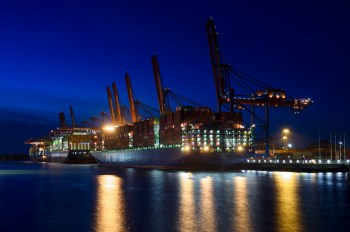