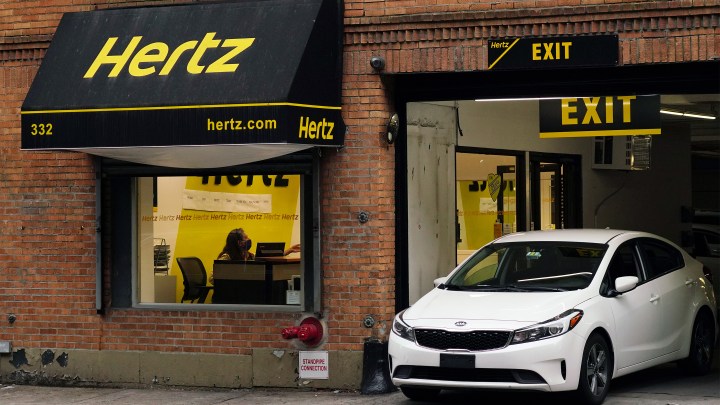 If you want to gauge how corporate America is feeling, look no further than the corporate bond market. Companies have been borrowing money at record levels, ramping up a trend that’s been going on since well before the crisis even started.

The pandemic has hammered a lot of companies’ income, so they’ve been borrowing to give themselves a buffer.

“To kind of weather the storm, and to make sure they have funds available to pay suppliers, to pay employees, things like that,” said Collin Martin, a fixed-income strategist with the Schwab Center for Financial Research.

He said all kinds of companies have been borrowing, certainly in sectors that are seeing big revenue declines, like retail and travel. But also, safer sectors like banking and tech. Martin said investors want to put money into well-known companies.

“If you know who they are, and they have business models that can continue to proceed, given everything that’s going on, that allows them to issue debt,” Martin said.

Apple, Disney and AT&T are among companies that are borrowing more even though they already have a lot of cash. Matteo Arena, associate professor of finance at Marquette University, said interest rates are at rock-bottom levels.

“The thinking is, Well, maybe we don’t need the cash right now, but if we issue a, let’s say, 30-year bond, we lock this low rate for a long time,” Arena said.

“But they have to say, ‘OK, we’re going to issue it,’ because they’re not seeing any cash flow to their underlying businesses, and they need some sort of lifeline,” Tomes said.

The Hertz car-rental company filed for bankruptcy last week after racking up nearly $19 billion in debt. Tomes said companies in those risky sectors were already under pressure before COVID-19.

“What this pandemic and shutdown did was it accelerated kind of their fate in a much shorter period of time,” Tomes said.

So far this year, he added, the number of corporate defaults is hitting levels we haven’t seen since 2009.