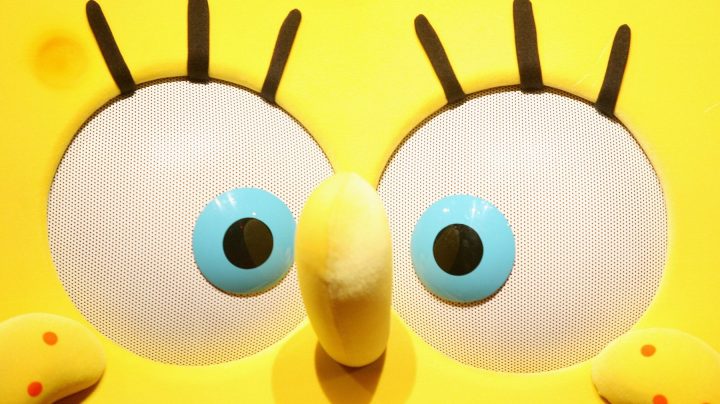 COPY
Animators didn't have to change much to work from home. Voice-over artists have had to make some adjustments, though. "Nothing messes up a voice-over session like the guy next door trimming his trees with a chainsaw," says Tom Kenny, the voice of SpongeBob SquarePants. Frederick M. Brown/Getty Images
COVID-19

Animators didn't have to change much to work from home. Voice-over artists have had to make some adjustments, though. "Nothing messes up a voice-over session like the guy next door trimming his trees with a chainsaw," says Tom Kenny, the voice of SpongeBob SquarePants. Frederick M. Brown/Getty Images
Listen Now

Hollywood productions have come to a halt due to COVID-19, and it isn’t clear when they will start again. Some studios have laid off or furloughed hundreds, if not thousands, of workers. But, there is one area of entertainment that is still at work and even hiring: animation.

Douglas Einar Olsen, who directs the show “Rick and Morty” — which is still in production — said animators didn’t have to change that much when they switched to working from home.

“Typically, once we get our marching orders, we just kind of retreat to our little work spaces, hunker down and get the work done over the next week or two,” he said. And cartoons don’t have to worry about filming scenes where characters get up close and personal.

There are some drawbacks to working remotely.

“You know, if you have a question, like there’s something in the script that’s not making sense, normally I could walk down the hall and pop my head in,” Olsen said. Troubleshooting can take a little longer these days.

But animators’ ability to keep working from home has attracted even live-action shows. Pop TV’s “One Day at a Time” will have an animated episode next month.

Olsen’s gotten offers lately from brands looking to animate commercials and musicians who want music videos. There are so many, he’s not sure he can take them all.

“We are busier than ever, which is a weird thing to say, and I feel kind of strange about it,” said Chris Prynoski, president of Titmouse, an animation studio. Titmouse produced Netflix’s recent show “The Midnight Gospel,” a trippy cartoon about an alien podcaster who travels the universe with the help of his computer.

One of the biggest hurdles, though, is voice-overs.

“I mean, that’s really the concern,” Prynoksi said. “At the end of the day, will it sound like all these characters sound like they’re in the same environment when they are talking to each other or will they sound like one’s in an opera hall and one’s in a closet?”

That’s been a challenge for even the most established voice actors, like Tom Kenny, the voice of SpongeBob SquarePants. Back in March, he had to scramble to build a home studio so he could record himiself. He’s gotten a hang of it he said, but there are still hiccups.

“Nothing messes up a voice-over session like the guy next door trimming his trees with a chainsaw,” he joked.

But Kenny also said he has more work than ever before, which is rare for an actor in Hollywood right now.

“The people I know who do on-camera work, they’re kinda sitting around and they can’t show up and do what they do,” he said. “Meanwhile, my voice-over friends are saying, ‘Oh, my God. I’m  buried.’”