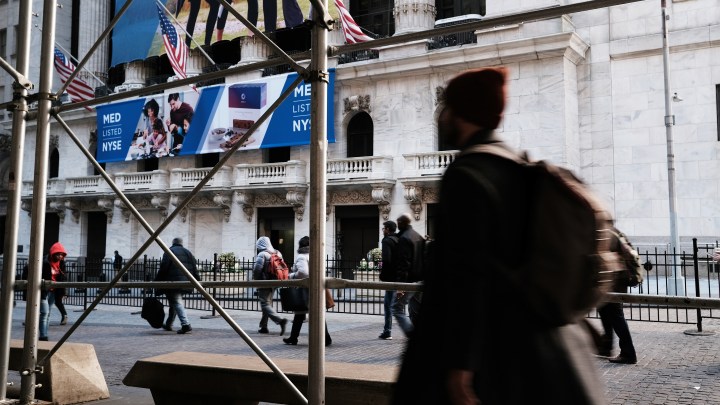 One piece of data that jumps out in the latest Marketplace-Edison Research Poll is a measure of just how precarious many people’s finances are.

We asked people how difficult it would be for them to pay an unexpected expense of $1,000. Almost 60% of those polled said they would have a hard time swinging it.

But this time we added another part to the question: what about an unexpected expense of $250? More than 40% said they would struggle to manage that.

One person who responded to our survey was 66-year-old Thomas Benton in St. Louis. He’s a district manager for a fast-food restaurant, and in the midst of the pandemic his hours went from about 50 a week to 30.

“My financial outlook now is very bleak,” Benton said. He definitely couldn’t pay an unexpected expense of $1,000, and probably not $250 either, he said.

He needed that $300 for rent this month. Normally, he might call friends and family to help in an emergency, but they’re in the same boat.

Sarah Sattelmeyer, project director at Pew Charitable Trusts, said even in normal times, many people would struggle to absorb a big, unexpected expense.

“More families are out of work, or living paycheck to paycheck, or are doing work and child care,” she said. “Even small, unexpected expenses can really throw a wrench in families’ balance sheets.”

For a lot of people, COVID-19 is the unexpected expense, with sudden job losses highlighting just how unstable financial stability can be.

“Not only do they not have savings, but they don’t even have income,” said Lissa Johnson, associate director of the Center for Social Development at Washington University. “They don’t have the income even to replenish any savings that they did have.”

In our poll, certain demographic groups seem much more cushioned against this economic shock than others. Twenty-seven percent of white respondents said an unexpected $250 expense would be difficult to cover, compared to 50% of Hispanics and 59% of African Americans, like Thomas Benton.

“Now, I got to use when I get paid next week — I got to get caught up, but this week, it’s kind of hectic,” Benton said.

It’s the kind of situation that creates economic anxiety at any time, and even more during a pandemic.