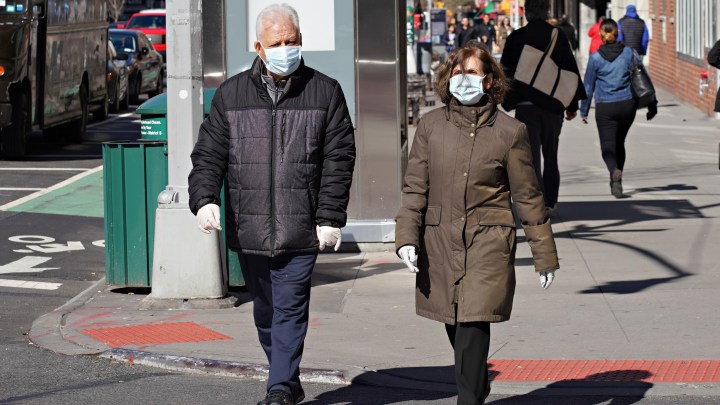 Confidence is likely to get a lot worse, and could reach levels last seen in the Great Recession. Cindy Ord/Getty Images
COVID-19

Confidence is likely to get a lot worse, and could reach levels last seen in the Great Recession. Cindy Ord/Getty Images

Consumer confidence steeply declined over the past month, the fourth biggest one-month drop in nearly 50 years, as the novel coronavirus spread and the United States reacted with social disruptions and shut-downs across sectors.

Sentiment dropped 11.9 index points in March, from 101.0 to 89.1, according to the University of Michigan. Confidence is likely to get a lot worse, and could reach levels last seen in the Great Recession.

Early this year, consumer confidence was nearly the highest it’s been in a decade. Then COVID-19 hit.

“When all of these sporting events were cancelled and there was news of different celebrities contracting the virus, consumers turned extremely pessimistic,” said John Leer at Morning Consult.

Leer says Morning Consult’s survey show confidence is down 24% in the past month. Some of that’s from all the job losses. And Leer says people increasingly fear for their financial security.

“Roughly 50% of U.S. households own stocks, so when the stock market falls, that’s hitting their retirements directly,” Leer said.

The Fed and Congress plan to inject trillions into the economy, and Mark Hamrick, senior economic analyst at Bankrate, says that’ll buck up consumers.

On the flip side: “If we see a substantial number of storefronts that are shuttered that’s going to undermine our sentiment,” Hamrick said.

He says keeping employers afloat until they can start hiring again is key to an eventual consumer rebound.