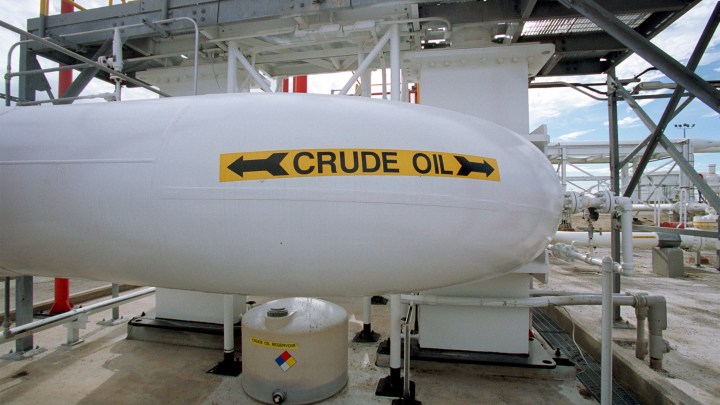 As the economy plunges into a potentially prolonged recession, one city projected to feeling the hardest hit is Midland, Texas (population: 172,578). The forecast comes from a Brookings Institution report.

Midland sits in West Texas, at the heart of the nation’s most critical oil patch, the Permian Basin. And in addition to COVID-19, Midland is dealing with what you might call “WTI 20” (where WTI stands for West Texas Intermediate crude). Crude oil is selling in the market for about $20 a barrel, a level the world hasn’t seen on a prolonged basis since the 1970s.

Life in the oil patch moves fast: drill it, sell it while prices are high. The bust can come just as fast, and layoffs have already come at drill sites and oilfield service companies.

In addition to COVID-19, Midland is dealing with what you might call “WTI $20”

“It’s the type of thing where you’re fine one day, and you wake up in the middle of the night and you don’t have a job the next day,” said West Texas native Christian Wallace, a reporter for Texas Monthly and host of the podcast “Boomtown.”

The Permian Basin region, anchored by the towns of Midland and Odessa, has survived past shakeouts, but Wallace thinks this could resemble the crash of the 1980s. Back then, 6,000 oil companies went away amid a prolonged glut of oil, a bust all others are compared against.

“We heard our grandparents talk about the busts,” Wallace said, “but this is new to my generation and so, yeah, it’s going to be a wild ride.”

“”We heard our grandparents talk about the busts … but this is new to my generation.”

Oil analysts predict bankruptcies. And for unemployed rig workers, engineers and truck drivers looking for work, who is hiring now?

“Now we’re also in the world of viruses,” said Texas oil and mineral law attorney John McFarland of Graves Dougherty Hearon & Moody. “And those people are going to have a hard time finding anything else to do.”

In the past, the people of the Permian Basin have shocked doubters by innovating; finding cheaper ways to find, drill and export oil. Many speak with a surprising optimism.

“We are extremely resilient, sitting on top of the some of the best geology, maybe in the world” said Ben Shepperd, president of the Permian Basin Petroleum Association. “By the end of the year we’ll be well out of the 20s [dollar per barrel] and heading north quickly.”

There is, as always, another type of economic creativity on the part of struggling jobless individuals: crime.

“They’ll just drive through town and grab anything that’s not locked down or chained down: generators, you know smaller, portable things,” said Taylor Crisp, partner at Agile Oilfield Services in Odessa. “And then they’ll run it off to another city and pawn it.”

In downtown Midland, a famous bank sign tracks the price of crude and how many oil rigs are humming: measures of a fossil fuel economy that powers West Texas. Those numbers could stay down awhile.

Correction (March 19, 2020): A previous version of this story misstated the population of Midland, Texas. The text has been corrected.