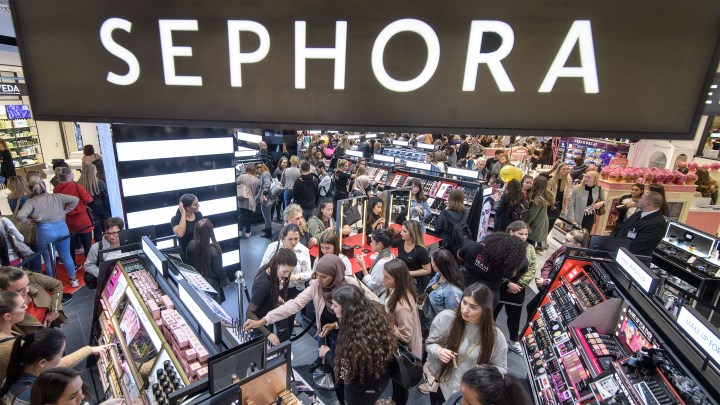 As COVID-19 ramps up across the country, brick-and-mortar retailers are stuck between a bit of a rock and a hard place. They want customers to be safe but they also need them to shop. So what are they doing to get customers in stores?

That whole don’t touch your face thing? Shoppers at a Sephora in Manhattan are not having it. They’re dipping their fingers into eyeshadow and blush. Mariana Saddakni, for example, was testing foundation.

“Makeup goes to your face, you’re not supposed to touch your face, people are touching makeup and now I’m touching my face,” Saddakni said. “So now I’m feeling very guilty that I’m doing a bad thing, even though I washed my hands before.”

Throughout the store, employees are cleaning. One worker wiping down a makeup display told me to test products on my hands. Another gave me hand sanitizer on my way out.

Barbara Kahn, professor of marketing at The Wharton School, said all that matters.

“First of all, it does literally matter,” she said. “And second of all, it shows that they understand what the issues are.”

Kahn said in-person shopping is increasingly about building loyalty through experience. And experience includes feeling safe. Kahn said that sends a message that will outlast the virus itself.