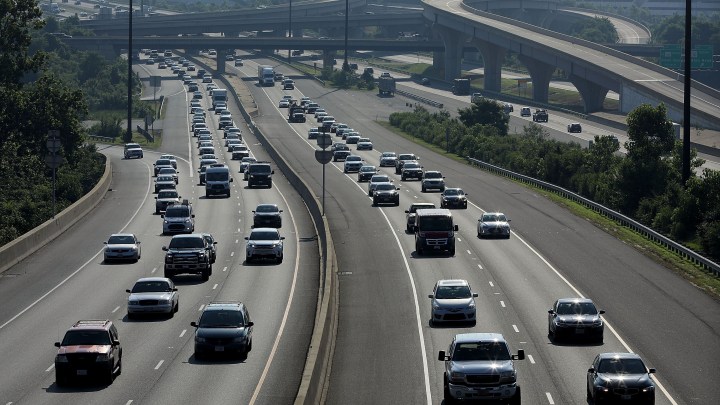 COPY
Allstate's rating plan for insurance customers in Maryland offers a glimpse into a potential future where companies charge people different prices based on their behavior or expected willingness to pay. Chip Somodevilla/Getty Images

Allstate's rating plan for insurance customers in Maryland offers a glimpse into a potential future where companies charge people different prices based on their behavior or expected willingness to pay. Chip Somodevilla/Getty Images
Listen Now

Normally, the algorithms used to calculate how much you pay for car insurance are pretty opaque from the customer’s point of view. While some state regulators have a handle on it, when you call for a car insurance quote, where does that number come from? Your age? Driving record?

Well, maybe a big factor is just your ability to pay, like the person who gets charged more at the flea market because the seller spotted a Gucci bag on the shoulder and a Rolex on the wrist.

A nonprofit news organization called The Markup, working with Consumer Reports magazine, has a new report today out today on a pricing system that Allstate Insurance was trying to get approved in Maryland, which offers a window into this world.

Reporter Aaron Sankin and his team at The Markup also found that some people due a big decrease in their car insurance bill would have been given only small decreases, after the company readjusted its system, in a kind of “heads I win, tails you lose” arrangement.

Sankin says his team submitted its data to Allstate for comment. The company said it complies with all laws and that its pricing is based on risk. Below is an edited transcript of his conversation with Marketplace’s David Brancaccio.

David Brancaccio: We normally don’t get to look into these insurance algorithms, but you got to see how one works. Allstate, at the time, wanted to revamp what it charged in Maryland. But why?

Sankin: So, insurance is regulated at the state level. Insurance companies are constantly updating the way they calculate prices. So what we found is that in 2013 and 2014, Allstate went to those insurance regulators in Maryland and said, “Hey, we want to change our system. We think we have a more accurate way of doing things.” But the way that they were recalculating prices would have resulted in pretty big pricing shifts for a whole lot of its customers. And to avoid having people getting sticker shock and then defecting, they also wanted to run all of those pricing changes through this new algorithm that would kind of moderate those changes.

Brancaccio: They wanted some changes, I would assume, so that riskier drivers who maybe were not paying enough from the insurance company’s point of view. You’d think they would see their car insurance bills go up. And maybe the better drivers — fewer tickets, no crashes — their bills would go down. In part, did you find that’s what happened?

Sankin: So we dug into the data — and I want to credit my reporting partner Maddy Varner on running this analysis — and what we found is that Allstate’s algorithm ended up creating, effectively, a suckers list of big spenders, people who were already paying a lot for their car insurance, and squeezing even more out of them. So it worked like this: increases for people with expensive policies would go up as high as 20%. But people with cheaper policies, their increases were capped at about 5%. And then there was this whole other group of people, tens of thousands of Allstate customers in Maryland, who the company said deserved rate cuts under this new risk model, because the company previously believed that they were riskier drivers than they actually were and was charging them accordingly. And some of these people would have had their rates cut in half or have major decreases, but Allstate didn’t want to give those out. So it was limiting those decreases to a percent or two.

Brancaccio: And you see a fairness issue here.

Sankin: Yeah, this model, it’s important to note, was rejected by regulators in Maryland who saw it as discriminatory because, by law in Maryland and as is the law in most other states, insurance rates should be based on someone’s risk of getting into an accident and filing a claim. But what we found is that by moderating this on a personal basis, largely based on what people were previously paying, that it was not based on risk. It was really based on their retention goals. And I think that does raise a fairness issue, and Maryland did reject it, and similar plans were rejected by other states like Louisiana and Georgia.