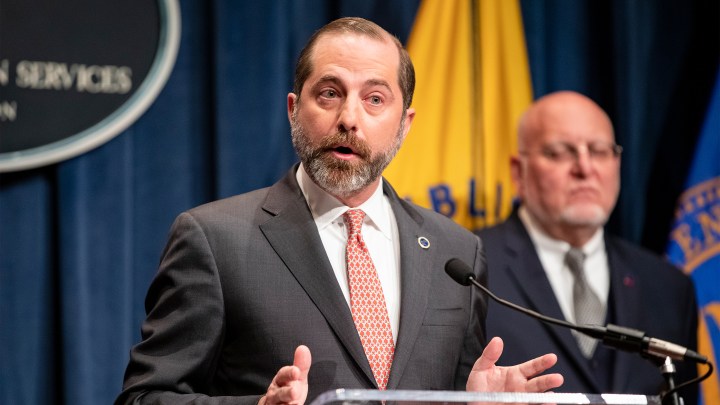 The health and human services secretary, Alex Azar, will appear at four Congressional hearings this week, starting today with the Senate Appropriations Committee.

He’ll be fielding questions about the Trump administration’s budget request, which includes cuts to HHS spending, impacting Medicare and Medicaid. There’s also likely to be a heavy focus on the virus that causes COVID-19.

The Trump administration’s proposal includes funding cuts for the National Institutes of Health, and the Centers for Disease Control and Prevention. Right now, the CDC is in the spotlight as questions over containment of COVID-19 keep growing.

“Congress is going to say, ‘Wait a second, this is another instance of us being stuck in a cycle of crisis and complacency, or crisis and neglect,'” Morrison said.

He said there will be requests for more robust long-term budgets for key health agencies.

Chris Meekins, an analyst at Raymond James and himself formerly an HHS preparedness official, said that while the U.S. is the global leader in public health preparedness, officials need to be selective in their spending.

“To make sure they are prioritizing the things that truly are the highest need for the public, and not just focusing on science for science’s sake,” Meekins said.