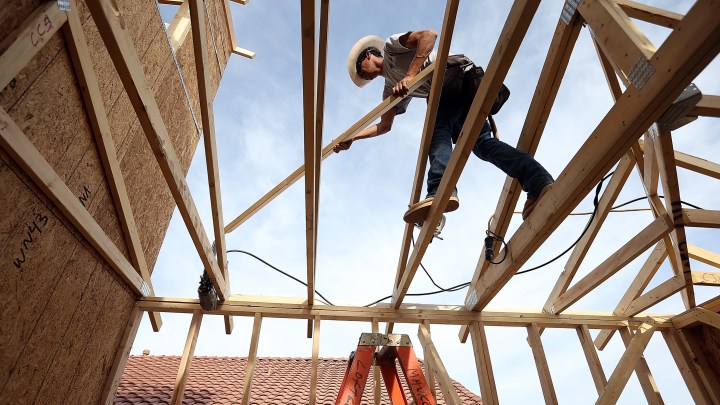 Builders have been grappling with a labor shortage that’s slowed down badly needed construction of new homes. But there are some reasons for optimism.

In the aftermath of the housing crash, 1.5 million homebuilding and remodeling jobs disappeared, and the industry has only gained back about 900,000 according to the National Association of Home Builders.

Ali Wolf, director of economic research at consulting firm Meyers Research, said with demand for housing back on the rise, builders need more workers than they can find.

“We’ve seen a lot of strength and maybe that will bring some more workers back,” Wolf said. “But I think at this point a lot of them have found other careers in other industries.”

Residential construction employment did grow by more than 20,000 jobs last month — the biggest gain in a year. And Rob Dietz, chief economist with the National Association of Home Builders, said unfilled jobs are down.

“The labor shortage continues to be the number one issue for homebuilders,” Dietz said. “But I think some of the data that we see indicate that maybe we’ve reached a turning point.”