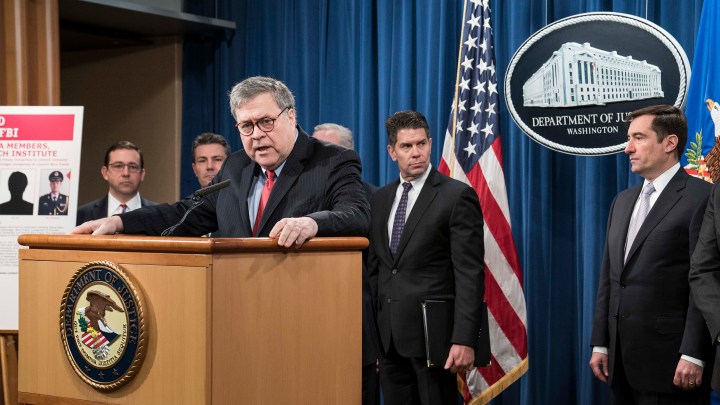 Prosecutors from the U.S. Department of Justice announced charges in the Equifax case Monday against four members of the Chinese military. In 2017, hackers got hold of the names, birth dates and Social Security numbers of 145 million Americans in the Equifax data breach.

It’s just the latest, if by far largest, in a string of hacks U.S. officials have tied to China.

In a press conference, Attorney General William Barr described the Equifax breach as more evidence of China’s “voracious appetite” for Americans’ personal data, “including the theft of personnel records from the Office of Personnel Management, the intrusion into Marriott Hotels and Anthem Health Insurance companies, and now the wholesale theft of credit and other information from Equifax,” Barr said.

Chinese officials have denied any connection to previous hacks.

But cybersecurity experts say there are lots of reasons China might want that data. Priscilla Moriuchi, a researcher with the security intelligence firm Recorded Future, said sensitive financial information, like debts, could be used by Chinese spies to target potentially vulnerable Americans.

“So [spies could be] building profiles of individuals that could be susceptible to recruitment by Chinese intelligence services,” Moriuchi said.

The data could also help China identify Americans operating undercover in Beijing, according to Georgetown professor Ben Buchanan, who wrote a book about cybersecurity called the “Hacker and the State.”

He added that it’s “exceptionally unlikely” Chinese hackers will see the inside of an American courtroom. But the charges do send a message that the U.S. government is trying to track and deter foreign hacking.