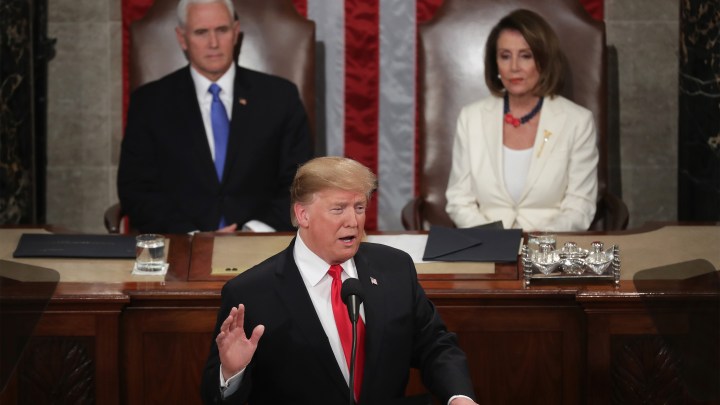 The economy is likely to be a big focus for Tuesday’s State of the Union address, President Trump’s last before he faces his 2020 presidential challengers.

Early signals from the White House indicate health care will be one of the main talking points. And according to Gallup polling, health care remains the top issue for voters heading into the election.

From the start of his term, Trump has supported rolling back the Affordable Care Act. And this year, several legal challenges went his way.

“There has been a lot of change around the edges of the ACA in terms of what care is subsidized [and] what the rules for insurance offerings are,” said Kate Baicker, dean at the University of Chicago Harris School of Public Policy.

The Trump administration is also working with states to limit who is eligible for Medicaid, allowing states try out new work requirements for coverage.

Jamila Michener, who researches health care policy as an assistant professor at Cornell University, said the latest figures show the number of people without any kind of insurance is on the rise.

“For the people that are insured, they’re paying higher premiums, and more out-of-pocket expenses,” Michener said.

The White House said lowering the cost of health care, especially prescription drugs, will be a key theme of the President’s address.