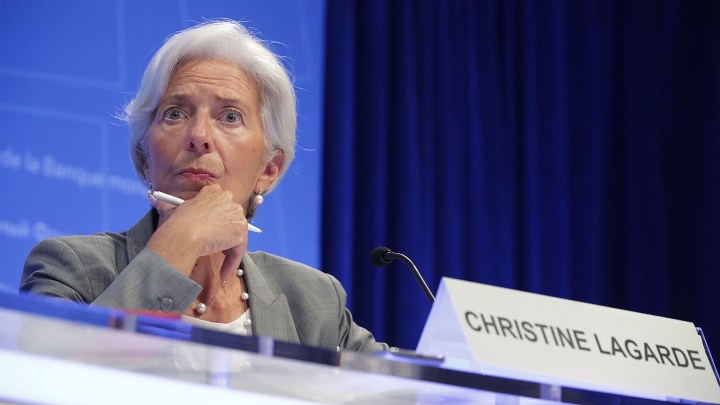 The European Central Bank said Thursday that it’s going to take another look at its “monetary policy strategy.” The ECB is going to examine how it measures things like inflation and how it talks about its actions. That sounds a lot like what the Fed is doing in the U.S.

The tools these central banks have relied on for years aren’t working. Inflation is stubbornly below their targets, and economic growth is sluggish.

Central banks in the U.S. and Europe use a key tool to control inflation — the raising and lowering of interest rates. But that hasn’t been so effective lately, and the European Central Bank is trying to find out why and whether it needs to factor things like climate change into its economic models. ECB President Christine Lagarde said she’s also looking for answers from the public.

“Really to be able to listen to the expectations of the people. To better understand their economic concerns,” Lagarde said.

Lagarde said it’ll be like the Federal Reserve’s listening tours of the past year. They’re part of a review the Fed is doing of its policies. So are central banks admitting they made some mistakes and need new strategies? Or has the global economy changed so much that even the best tools won’t work?

Frank Nothaft, a former Fed economist and now chief economist at CoreLogic, said it could be a little bit of both. He said the central banks were slow to recognize the financial crisis, but eventually expanded their tool kits.

“Periodically, a refresh of what the policies are, I think that’s just a good practice in general,” Nothaft said.

The world has changed a lot. Georgetown government and foreign service professor Kathleen McNamara said there’s a theory that increased productivity from technology will keep inflation low — no matter what central banks do.

“There isn’t the sort of room that we used to have for pressure on prices and wages,” she said.

The Federal Reserve and European Central Bank reviews are expected to be wrapped up later this year.