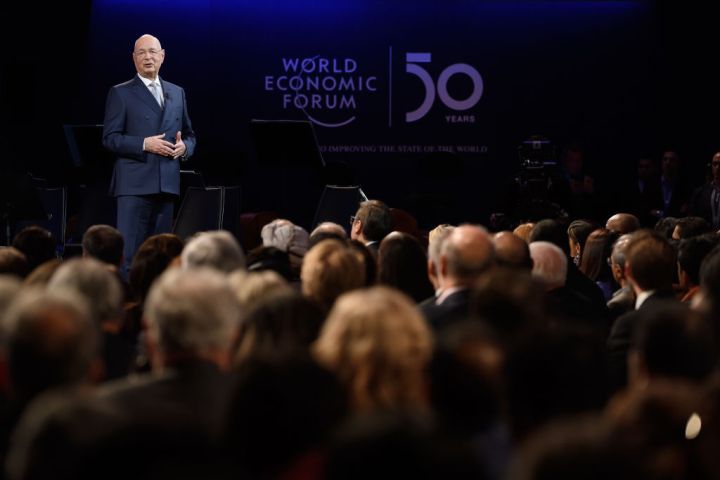 This year at the annual meeting of the World Economic Forum in Davos, a high-end annual event in the Swiss Alps that celebrates capitalism, the key theme will be moving to a different type of capitalism. “Stakeholder capitalism” is what the organizers are calling it.

That means having corporations focus their profits and priorities not just on shareholders — and stock prices — but on others: employees, customers, suppliers and communities. To some observers, that change is already afoot: Last fall, the American CEO group known as the Business Roundtable redefined the purpose of the corporation “to promote an economy that serves all Americans.”

“I think we’re seeing I think we’re seeing some great examples of companies that have strong profit-sharing plans,” said Judith Samuelson, executive director of the Aspen Institute’s Business and Society program. “So whether it’s in Davos or anywhere else, we really hope we’re getting to a different kind of conversation about who’s contributing, and are the rewards really being shared.”

But she estimates 90% of corporate profits still go to stockholders. Maximizing return for stockholders has been a dominant corporate model since the 1980s. But to critics, that has rewarded Wall Street over Main Street.

“This shareholder-only approach has contributed significantly to the income inequality we have in this country,” said Bill George, former CEO of Medtronic and now a senior fellow at Harvard Business School. “We shifted from the manufacturing sector to the finance sector. And this has hollowed out communities, as you know.”

That argument faces a tough crowd in the United States, though perhaps not elsewhere.

“Once you leave the U.S., the belief that shareholder value is the prime goal fades a lot,” said Peter Cappelli, management professor at the Wharton School of business. “So when U.S. executives go to Davos and mingle with everyone else, it sort of changes the social norms.”