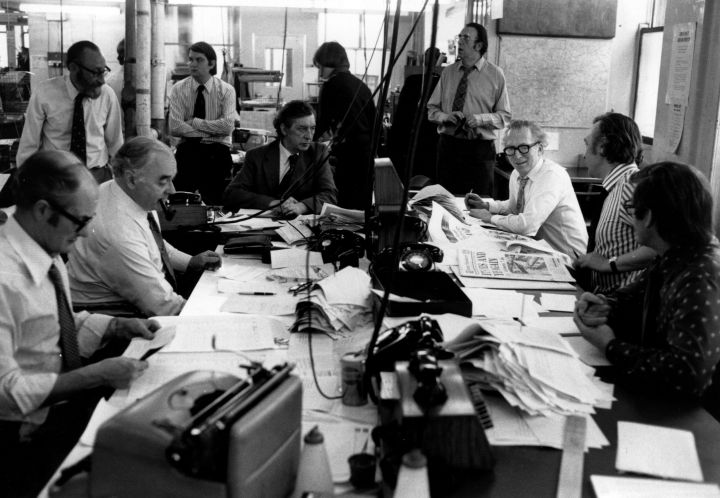 Today, the U.S. Department of Labor announced plans to change to media “lockups,” in which select reporters access and write about economic data before it’s released to the public. Under the change, computers will be removed from the Bureau of Labor Statistics newsroom, leaving economic reporters to use only pen and paper.

Marketplace host Kai Ryssdal spoke with Lorraine Woellert, an editor at Politico, who previously wrote about lockups and has attended many herself.

“It’s usually an early morning,” Woellert said. “The door is locked, there’s an armed guard, and you have about 30 minutes to digest an entire month of economic data.”

The change will affect data like the monthly employment report and the quarterly gross domestic product report. Woellert said the 30-minute window allowed her and other reporters to add context to the data in their articles.

“It is very valuable data,” Woellert said. “The lockup levels the playing field so that the maximum number of people can get the information at exactly the same time. You put 20 people in a room, and those 20 people, at the exact same millisecond, send the information to the entire planet.”

Now, when the data is released at 8:30 a.m., it will only be available on the Bureau of Labor Statistics’ site, as news sites will need more time to transfer their articles from paper to digital.

The BLS Commissioner said the changes are intended to increase the security of the data as technology changes. Woellert predicts that the change will increase the market volatility caused by the monthly jobs report. And the Society for Advancing Business Editing and Writing says the change would “effectively impede the flow of important information to the public.”