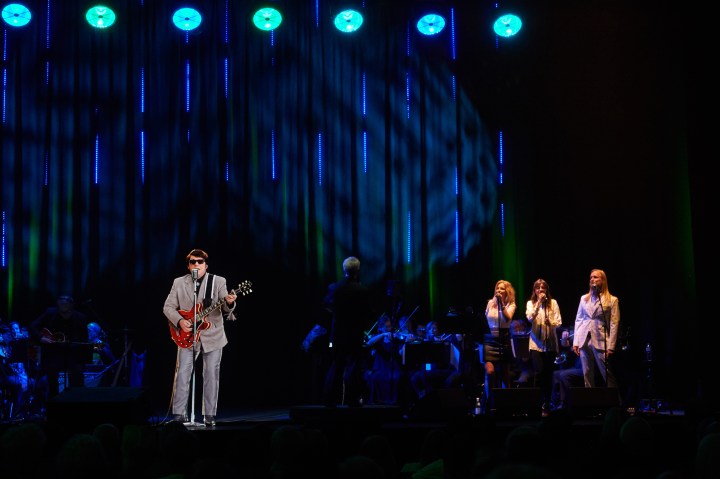 COPY
A hologram performance of Roy Orbison during The Hologram UK Tour. Tabatha Fireman/Getty Images for BASE Holograms

A hologram performance of Roy Orbison during The Hologram UK Tour. Tabatha Fireman/Getty Images for BASE Holograms
Listen Now

With the rise of streaming and the decline in music sales, artists and record labels have become more dependent on revenue from live concerts. But with the passing of some legendary artists like Prince, Aretha Franklin and David Bowie, some startups are betting that hologram performances will satisfy fans, as well as artists’ estates.

A hologram tour of Whitney Houston is slated to begin next month, and hologram shows of Frank Zappa, Roy Orbison and Buddy Holly recently wrapped up. Mark Binelli wrote about these tours for the New York Times Magazine. He spoke to “Marketplace” host Kai Ryssdal about the hologram business and what it’s like to attend a performance.

“It looks like a ghost that’s sort of trying to materialize and isn’t quite there. It’s a little bit brighter than the live musicians on stage, it’s a little strange,” Binelli said. “That said, I went to the Zappa show the opening night at a theater, and I was probably about eight rows from the front, and yeah, it looks like Zappa up there.”