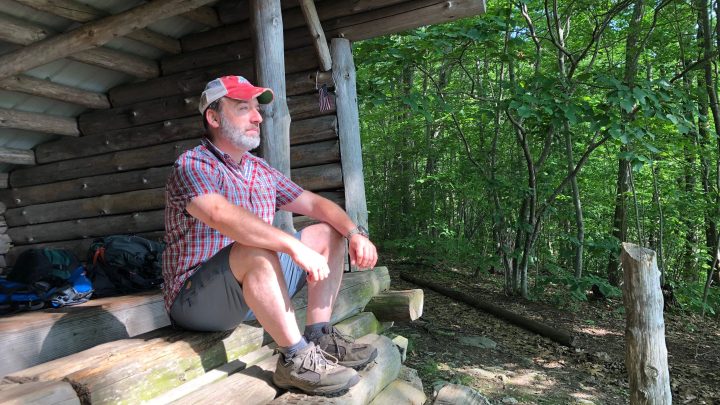 Kevin Rosenberg, 46, recently got over $220,000 in student loans discharged in bankruptcy in a New York court. Courtesy Kevin Rosenberg
Check Your Balance ™️

Kevin Rosenberg, 46, recently got over $220,000 in student loans discharged in bankruptcy in a New York court. Courtesy Kevin Rosenberg

The odds were long, but not impossible, Kevin Rosenberg knew. He had heard that it wasn’t possible to discharge student loans in bankruptcy, that it wasn’t even worth trying, he said, “but I also knew it wasn’t true.”

Rosenberg had read the law, and had read previous cases — his law degree, the source of most of his debt, at least useful for that — and he was actually pretty confident that he stood a decent chance of winning “if the law was applied fairly.”

Fourteen years after graduating from law school with a little over $190,000 in debt, he owed closer to $380,000 in both federal and private loans, despite having made regular payments. He was so desperate and so angry that he was seriously considering leaving the country for good, to escape the debt.

First, though, he decided to try filing for bankruptcy, in early 2018.

Just last week, Chief U.S. Bankruptcy Judge Cecelia Morris of the Southern District of New York, decided in Rosenberg’s favor, and discharged his remaining federal student loans, all $221,385.49 of them. The rest he’d already settled out of court with the private lender.

John Rao, an attorney at the National Consumer Law Center who specializes in bankruptcy, called Morris’ decision both “refreshing,” and “a real straightforward application” of the law.

“It really reflects a growing trend of at least some bankruptcy judges that have been willing to ignore some of the additional hurdles that some courts have imposed on borrowers when they tried to get a discharge in bankruptcy,” he said.

The thing is, it’s a myth that student loans can’t be discharged in bankruptcy. It has never been true. Hard, yes, but not impossible. But over the last three decades, judges across the country have interpreted the law so harshly that “most people (bankruptcy professionals as well as lay individuals) believe it impossible to discharge student loans,” Morris wrote in her decision.

In Rosenberg’s case, she went on, “this Court will not participate in perpetuating these myths.”

Instead, Morris decided to apply the Brunner test, the standard most commonly used in bankruptcy courts to determine if a person qualifies to have their student loans discharged, “as it was originally intended.” Meaning that Rosenberg had to meet three criteria to prove that his student loans were causing him “undue hardship”: that he could not maintain a minimal standard of living if he had to repay his loans, that those circumstances were likely to persist for a long time, and that he had made a good faith effort to repay his debt.

“She just wanted to go back to the basics, and I think that’s what she’s done here,” Rao said. “I don’t see it as necessarily groundbreaking. But I think in some ways it’s courageous because a lot of bankruptcy judges have just gotten caught up in this view that it’s an impossible standard.”

The big question here is whether this decision is unique to Rosenberg’s circumstances, or whether it’s a sign of a shift in how bankruptcy judges are thinking about student debt.

“I’m hoping the latter,” said Susan Block-Lieb, a professor at Fordham Law School. “Judges are like any other group … They learn from each other, there’s a bit of herd mentality involved in it. And maybe the herd is swerving.”

Morris, she added, is “right that this area of law has gone nuts over time.”

That’s partly because judges have interpreted the Brunner test so harshly, and partly because many have also required people to prove a “certainty of hopelessness” when asking for a discharge of student debt. That means they effectively have to show that there is no chance their financial circumstances will ever improve in their lifetime.

“The worst decision I ever made”

Rosenberg wasn’t hopeless, exactly, but he was desperate by the time he filed for bankruptcy. He’d known law school was a mistake pretty soon after he started, but as a Navy veteran, he said, “I had the mentality of, ‘I started, I have to finish it.’” So he did.

It was “the worst decision I ever made,” he said. “The only thing I really regret in life is going to law school.”

Rosenberg practiced law for a total of two and a half months before he decided for sure that it wasn’t for him. In the years that followed, he worked briefly as a real estate broker, “until that market collapsed,” then, just as he was in the midst of raising money to open a bar and restaurant, came the 2008 crash. Eventually he opened another business, an outdoor gear store, guide service and adventure travel outfitter based in New York, expanding just as “brick and mortar retail really started to collapse.”

Even before that last blow, he had been struggling for years to keep up with his student loans, especially the private ones, which aren’t eligible for income-based repayment programs.

“Eventually they denied me a forbearance, put me into default, and then sued me to collect all the money at once, even though I couldn’t even make the monthly payment,” he said, of the private lender.

That tanked his credit, which prevented him from getting business loans, which made it harder for him to make payments. And the debt kept growing.

By the time he filed for bankruptcy, Rosenberg had a negative monthly income.

“I was just fed up,” he said. The debt had become so big, so insurmountable, he knew he would never be able to pay it. And it made him angry, especially after his years in the Navy.

“I’m not going to serve my country, risk my life and then become an indentured servant,” he said. “I was done.”

Phrases like “undue hardship” and “certainty of hopelessness,” and the way they’ve been interpreted in cases over the last 30 years, have fueled this narrative that it’s impossible to discharge student loans in bankruptcy.

But the reality, said Rao of the National Consumer Law Center, is that very few people even try.

“It’s an incredibly small number of consumers who do this,” he said.

Only 0.1% of people with student debt who file for bankruptcy even ask to have their student loans discharged, according to a 2011 study. Of those that do, nearly 40% are successful.

Still, Rao said, people are daunted both by the narrative around how difficult it is to prove undue hardship, and by the current process.

In addition to filing bankruptcy paperwork, people asking to have their student loans discharged also have to file a civil lawsuit. The cost associated with that, Rao said, is “the real barrier, in some ways more so than the standard itself.” It’s why he believes there needs to be a legislative fix.

For now, though, it’s up to individual bankruptcy judges to interpret the law. And Rosenberg was lucky to have his case land in Morris’ courtroom.

But his story isn’t over, not quite yet.

Educational Credit Management Corporation, which held his loan, could still appeal. The company has not yet indicated whether it will, saying only, “we are reviewing the ruling to determine how we will proceed.”

Still, Rosenberg feels a sense of relief. Not joy, not celebration, just relief.

“It just means that I have a shot at a second chance, you know?” he said. “I can actually have a life.”