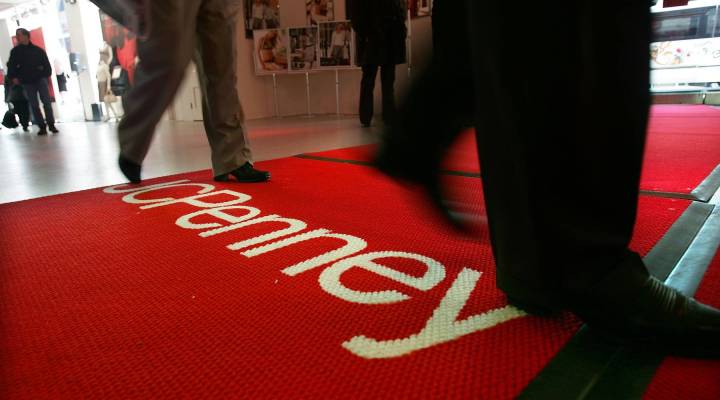 J.C. Penney is reporting quarterly earnings Friday, just a couple of weeks after launching a brand new concept store in Hurst, Texas. The century-old retailer has remade its store space to provide shoppers with an experience it says better mirrors how customers live today, with buzzword-heavy sections like “Chill” for leisure wear and “On point” for dressier apparel.

The retail rethink doesn’t stop at the clothing rack. The new store has less stuff — 13% less inventory to be exact — and more experiences: lounges, a barber shop, a “selfie studio,” even yoga classes.

“If necessity is the mother of invention, desperation is the grandmother of innovation, and this is a company that has to take risks,” said Scott Galloway, a New York University marketing professor.

The troubled department store needs to diversify its offerings, Galloway said, because clothing sales are on the decline.

Instead, consumers are spending more on experiences and gravitating away from the mall to more hip enclaves, which Galloway called “artisanal shopping districts.”

“J.C. Penney can bring that to parts of America where those neighborhoods aren’t as readily available,” he said.

Forrester retail analyst Sucharita Kodali said it’s a strategy that may appeal to shoppers. “Whether or not they are going to come to Penney’s to do this remains to be seen,” she added.

Even if the brand could successfully pivot to this model in one store, Kodali said, the company is already in such financial trouble it might not have the resources needed to roll it out on a wide scale.