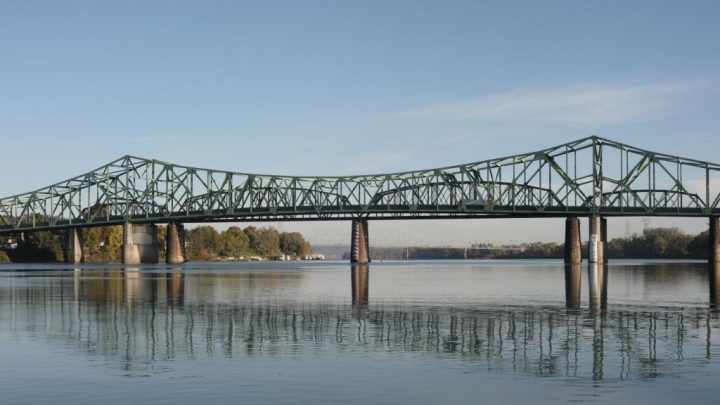 COPY
Bridges spanning across the Ohio River are seen between West Virginia and Ohio, seen from Parkersburg, West Virginia, where the chemical PFOA leeched into the water supply. Ivan Couronne/AFP/Getty Images

Bridges spanning across the Ohio River are seen between West Virginia and Ohio, seen from Parkersburg, West Virginia, where the chemical PFOA leeched into the water supply. Ivan Couronne/AFP/Getty Images
Listen Now

For environmental lawyer Robert Bilott, it all started with a phone call from West Virginia farmer Earl Tennant, whose cows were dying. It ended with a class action suit against chemical maker DuPont and a settlement of more than $600 million over personal injuries related to the chemical known as perfluorooctanoic acid, or PFOA.

Bilott and his colleagues discovered that PFOA, once used to make Teflon, had leeched into the water in several communities located in Ohio and West Virginia. What followed was a long legal battle to prove the chemical’s toxicity, and in 2017, DuPont settled more than 3,500 personal injury lawsuits for roughly $670 million.

Bilott’s career is portrayed in the upcoming movie “Dark Waters,” starring Mark Ruffalo as Bilott. He also wrote a book about his experiences, “Exposure: Poisoned Water, Corporate Greed, and One Lawyer’s Twenty-Year Battle Against DuPont.” You can read an excerpt of the book here.