Usually, if you can’t afford to pay for college upfront, you take out student loans and pay them back after graduation. Over 40 million Americans carry student loan debt, amounting to a total of $1.47 trillion nationally, according to the Federal Reserve Bank of New York.

But last month Senate lawmakers introduced a bipartisan bill that would lay the groundwork for a different way of financing higher education: income share agreements.

ISAs allow students to attend college without paying tuition upfront in exchange for a percentage of the student’s salary in the years following graduation.

“An income share allows students to fund today’s educational opportunities in exchange for a fixed percentage of tomorrow’s income. So if you make more money, you pay more money. And if you make less, you pay less,” Dunagan said.

Right now, the ISA market is largely unregulated, and programs vary between schools. At some schools, the income percentage taken after graduation depends on your major. At others, it’s fixed, but the length of time you spend paying after graduation varies by major and amount borrowed.

For example, if you graduate with a degree in Computer Science, said Dunagan, you’d probably be expected to pay a lower percentage of your salary because the school would expect you to make more money after graduation.

Which means that ISAs incentivize schools to set their students up for success in the job market, Dunagan explained.

“Right now we pay schools to enroll students. And, no surprise, the Admissions Office is a lot bigger than the Career Services Office. If we start paying schools for student outcomes, we might see more investment in helping students get good jobs,” Dunagan said.

Are ISAs cheaper for students than traditional loans?

Not necessarily, according to Dunagan. But they are less risky.

With traditional loans, if a student graduates college and isn’t able to find a job that pays well, they are still required to make payments on their loan. But with an ISA, graduates making less than a minimum threshold aren’t required to pay anything.

“It eliminates the downside risk where you’re still on the hook for paying for an educational opportunity that didn’t pay off for you,” Dunagan said.

What would the ISA Student Protection Act of 2019 do?

First and foremost, the legislation would clarify how ISAs fit into the existing legal and regulatory framework around things like taxes, declaring bankruptcy, consumer lending and credit protection.

The bill would also set up regulations like minimum income thresholds and maximum payment amounts to protect students from paying exorbitant amounts. 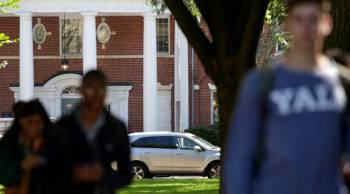 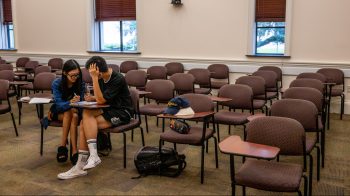