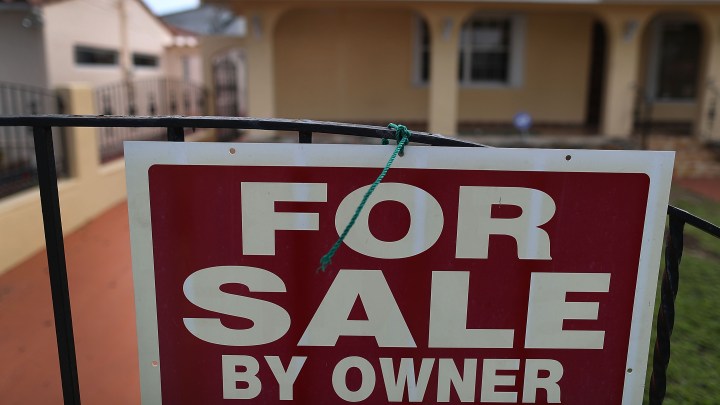 COPY
A for sale sign is posted in front of a home as interest rates for home loans climbed to nearly 4% in the wake of the election of Donald Trump to be the U.S. president on November 17, 2016 in Miami, Florida. Joe Raedle/Getty Images

A for sale sign is posted in front of a home as interest rates for home loans climbed to nearly 4% in the wake of the election of Donald Trump to be the U.S. president on November 17, 2016 in Miami, Florida. Joe Raedle/Getty Images
Listen Now

During the housing bubble, the mortgage industry came up with a lot of creative ways to give loans to people who couldn’t qualify for conventional mortgages.

After those loans caused the bubble to pop, lenders tightened restrictions.

Now, so-called “alternative documentation” mortgages are booming again. A new report from Fitch Ratings finds the volume of alt-doc loans being bundled into securities has doubled over the past two years.

It’s for borrowers who, according to Marc Demetriou of Residential Home Funding, may not show income, but have assets.

Government regulators are paying a lot more attention to the alt-doc of today, he said. “They’re monitoring things a lot closer, what [lenders] can and can’t do.”

The research firm Inside Mortgage Finance found lenders issued $34 billion in alt-doc and other unconventional mortgages in the first three quarters of last year, up 24% on the year before.

Suzanne Mistretta, a senior director with Fitch Ratings, says she is concerned these loans could be a problem if the economy takes a turn for the worse.

“These borrowers may be at a greater risk of defaulting because their income wasn’t reliably estimated,” she said.

With mortgage delinquencies at a low, can lenders afford to loosen up a bit?