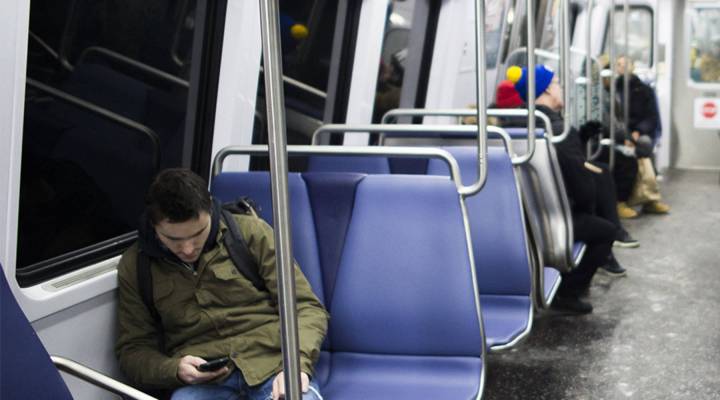 Walk onto the Washington, D.C., Metro these days, and you might notice something kind of eerie: more empty seats.

“I kind of have the run of the Metro to myself, which is rare, but also strikingly sad,” said Meghan Reese, a freelance TV producer. “As a regular Metro rider, I want to see the Metro succeed, so I can absolutely believe that this is costing them revenue and ridership and that will have a ripple effect long term.”

Transit agencies around the country rely on funding from the Department of Transportation to build new infrastructure projects, operate rail systems and maintain their existing — and sometimes crumbling — public transportation systems. With the partial government shutdown keeping the DOT closed, that money isn’t flowing.

In Washington, D.C., the Washington Metropolitan Area Transit Authority estimates that federal workers make up roughly 40 percent of its ridership. Amid the ongoing shutdown, it says it’s losing $400,000 per day in revenue. Agencies like the D.C. Metro can’t afford those losses for very long, said Ben Fried at Transit Center.

“Margins tend to be slim, and it doesn’t take much to tip one agency’s budget into the red for the year, which can trigger service cuts or fare hikes,” Fried said.

It’s not just lower ridership that’s straining transit systems. The shutdown has also closed the Federal Transit Administration, an agency within the Department of Transportation, which disburses a billion dollars a month to local agencies across the country.

Nick Sifuentes, executive director of the Tri-State Transportation Campaign, said this lapse in funding comes at a time when transit agencies are already in crisis.

“There is a huge question right now as to how the state and local governments are going to come up with enough money to pay for all the transit fixes we need,” he said. In the meantime, he says agencies like New York’s Metropolitan Transportation Authority should be coming up with contingency plans. “What transit systems should do and are doing is basically lining up bridge loans and other kind of gap funding to make sure that they can cover the shortfalls from the federal government,” Sifuentes said.

“Is there going to be effects on their credit ratings, for example,” Feigenbaum said. “Are these transit agencies going to be spending money on service and not performing maintenance or doing some of the needed checks that they that they need to do?”

And it’s not just trains and subways in the northeast corridor that are feeling the pinch. Small and mid-sized communities across the country depend on bus networks, which rely heavily on federal funding.

Feigenbaum says people who depend on the bus tend to have lower incomes, and they would feel the impact the most.