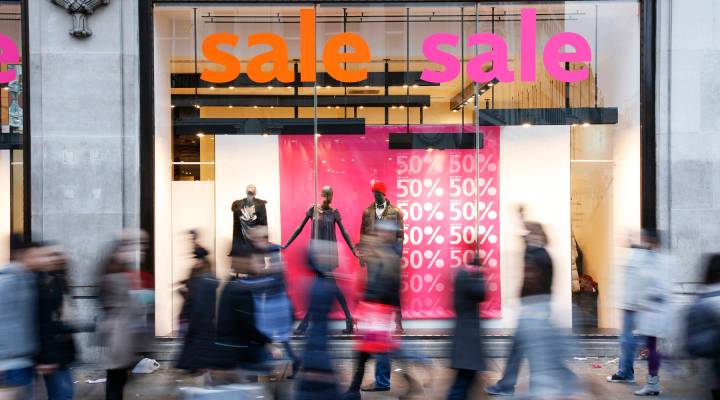 Ten years ago, the economy broke, and today America is a much different place. For the past year, Marketplace has been reporting on how the 2008 financial crisis changed the country. Here is what we’ve learned about how it changed retail.

When the economy collapsed in 2008, people stopped shopping. Retail sales dropped to 35-year lows. In response, retailers deeply discounted items to pad their bottom lines, and customers got used to that. Combine that shift in mentality with the rise in dominance of e-commerce, where finding the best deal can be done in pajamas, and you have an entirely different consumer in 2018 than in 2008. Much of the retail world today is permanently on sale.

Katherine Cullen of the National Retail Federation: Consumers have the expectation that they can find items at the price that they want almost whenever they want to shop.

Department stores are still feeling the pain a decade after the crisis. Just this year, Sears filed for bankruptcy and Macy’s closed 100 stores. The crisis sped up the slow death of the American mall, forcing retailers to pull the plug on costly anchor stores.

The recession didn’t hurt all retailers, however. One segment exploded in the crisis’ wake: dollar stores.

The companies have built a business plan that helps them turn profits in small rural communities, often with 1,000 residents or less, but they have also benefited greatly from the country’s mental and financial shift after the financial crisis. They have also managed to keep customers who were conditioned to shop for deals during the recession, pulling customers from traditional retailers in everything from the grocery to big box space. The dollar store chains have bet big on a growing and permanent lower class, and it’s paying off.