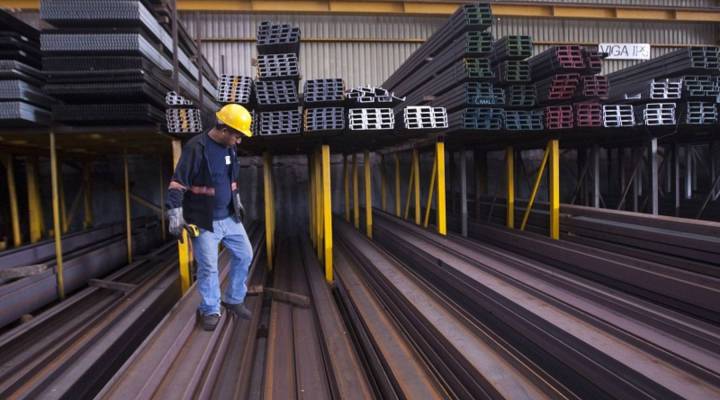 COPY
The majority of requests for tariff exemptions have been denied. Above, a steel distribution factory in Monterrey, Mexico. Photo by Julio Cesar Aguilar/AFP/Getty Images
Trade showdown

The majority of requests for tariff exemptions have been denied. Above, a steel distribution factory in Monterrey, Mexico. Photo by Julio Cesar Aguilar/AFP/Getty Images
Listen Now

When the Trump administration announced 25 percent and 10 percent tariffs on steel and aluminum, respectively, back in March, it also outlined a process by which companies could file for an exclusion from those tariffs.

U.S.-based individuals or organizations using steel or aluminum were invited to fill out applications requesting exclusions, which would then be processed by the Department of Commerce and posted for a 30-day comment period on regulations.gov. This was designed to give domestic steel producers a chance to file objections on applications from companies that were importing products they could make in the United States.

Companies interviewed by Marketplace over the last few months say that the process has been unclear and fraught with questions. Documents released to Marketplace following a request under the Freedom of Information Act show a peek behind the curtain of how the exemption process works.

Those documents include a metal training presentation that defines what steel and aluminum are, along with other key terms, and explains how the steel production process works. According to a Department of Commerce spokesperson, International Trade Administration (ITA) members created the training materials. The Department did consult with industry groups when preparing the exclusion forms.

A staffing update from the Product Exclusion Team shows it had 27 contractors as of June 19 and had been offered at least 62 volunteers from various agencies, including the Economics and Statistics Administration.

The Department of Commerce’s Bureau of Industry and Security is leading the exclusion process and working closely with industry specialists within Commerce’s International Trade Administration. The Enforcement and Compliance unit of the ITA is responsible for providing analyses for product exclusions and make recommendations on any exclusion requests.

How does the ITA analyze exclusion requests? One presentation slide in the ITA 232 Product Exclusions Manual showed the criteria they look at, which includes whether identical or substitute U.S.-produced steel products are available; the domestic vs. imported delivery lag time; and whether the product is available from an exempted country. The 108-page manual document Marketplace received is the 16th version, which came out in August. According to a DOC spokesperson, the training materials have been periodically adjusted to reflect changes in processes and procedures; for example, when they added reviewing rebuttal and subrebuttal to objections as part of their analyses. The first version of the manual was produced around the beginning of May and was 24 pages long.

The vast majority of these exemption requests have been denied. The latest numbers from the Department of Commerce show that of than 49,000 requests for exemptions from steel and aluminum tariffs that were submitted, 12,276 were granted, 5,073 were denied and 7,766 have been returned for re-submission. Some companies that submitted multiple requests had some approved and some denied. Results were also sometimes split among different companies that import the same or very similar products from the same country.

Commerce had to expand its staff from six to 19 back in May to handle the influx of requests. As of late October, the department’s Bureau of Industry and Security has hired 18 contractors and the ITA has hired 52 contractors to work on exclusions.

As of mid-October, the U.S. Customs and Border Protection has assessed $2.56 billion in steel tariffs and $738 million in aluminum tariffs this year, according to a CBP spokesperson. The exact amount collected and processed for deposit into the U.S. Treasury is harder to come by; the Treasury reports all receipts monthly, but steel and aluminum tariffs are lumped in with all collected tariffs.