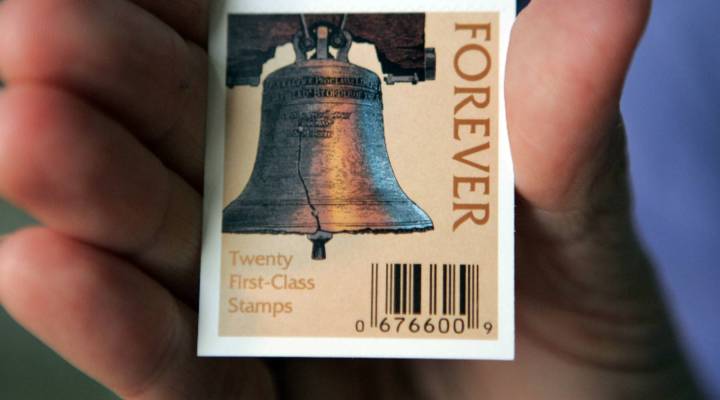 For those of you who have stockpiles of Forever Stamps, some good news: the post office is planning to hike their prices.

The U.S. Postal Service has proposed increasing the price of its first-class mail Forever Stamp from 50 cents to 55 cents, which would take effect on Jan. 27 of next year. (However, the price for any additional ounces will drop from 21 cents to 15 cents.) Like the name suggests, this piece of postage doesn’t expire.

The 10 percent increase for the stamp marks the post office’s largest price hike since 1991. The price increase comes as the agency faces a decline in revenue. In the third quarter, the postal service posted a net loss of $1.5 billion, compared to a loss of $2.1 billion during the same period last year.

So should you go to the post office and purchase these stamps en masse before the price goes up in January?

Stamps are actually considered an “alternative asset class,” compared to the traditional assets (like bonds) you may think of, according to Amber Slattery, a strategist at Hawthorn PNC Family Wealth, which provides financial solutions to families.

But even though the value of your stamps might increase, they may not be the best personal investment.

“Let’s say you bought 1,000 stamps. That’s 50 bucks [profit.] I mean, I’d like to make 50 bucks, but could you imagine having a thousand stamps sitting around for God only knows how long?” said Allan Sloan, a Marketplace contributor and Washington Post columnist who’s written extensively about Forever Stamps.

As more people resort to online communication compared to snail mail, there isn’t exactly a burgeoning market for stamps.

But he added that he’s sure there will still be a surge in sales this January.