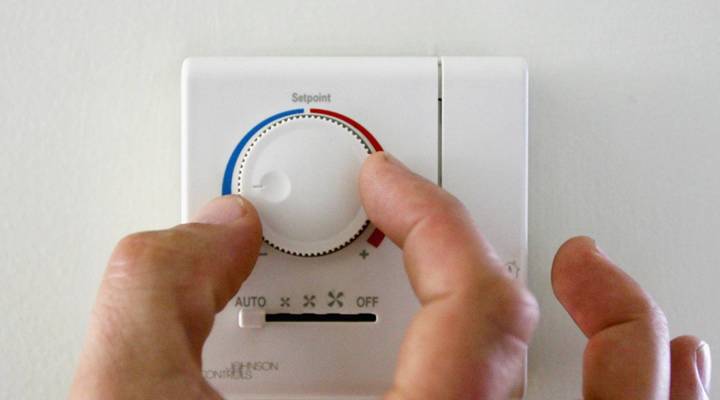 Summer in Texas is hot. Real hot. And temperatures are rising even higher in recent years. That means if you don’t have air conditioning in June, July and August, it’s almost unbearable. Summer is also the worst time to replace a failing HVAC system because installation companies know they hold the upper hand and can charge a premium. But in today’s climate, there are other things to consider. Some HVAC makers have increased prices in response to U.S. tariffs on imported steel and aluminum.

In Texas, the sweet hum of air conditioning cooling down a sweltering house is one of the most comforting sounds of the summer.

Caitlin Leahy and her husband own a house in south Austin. She came home recently with her daughters, 2 and 5, to find her AC unit emitting plenty of sound but not cooling down a thing.

“I’m getting the girls situated and making dinner, and I am sweating, and I’m a cold person normally,” she explained sitting at her kitchen table. “I was like, there is something wrong.”

There was something wrong. The Leahy’s HVAC unit was about 20 years old and needed to be replaced. In this heat, she wasted no time.

“We had people come to the house Tuesday and Wednesday and made our decision Wednesday, and they installed it on Friday,” she said. “And that week was the longest week of my life. It was so hot.”

Leahy said before the installers showed up, she did some shopping around, looking at prices and reading reviews. But, she said, with the thermometer rising, she was under pressure to make her home livable again and didn’t have as much time to ask as many questions as she wanted. Among those were questions about tariffs, even though she knew they could be a factor.

“I feel like our situation this summer, it was really a timing issue more so than we were worried about tariffs,” Leahy said.

But other people are worried about tariffs.

Eric Love runs Truficient Energy Solutions in north Texas. His company doesn’t make AC units; it installs them in homes. He didn’t install Leahy’s unit, but he said he’s surprised by the number of his customers who have expressed concerns to him about whether U.S. trade policy might be pushing up prices.

“Believe it or not, consumers are actually pretty aware of what was going on,” Love said. “Some of them would ask about the equipment before we even reached the price, whether that would affect the pricing or not.”

Love said back in March, when the first round of tariffs on steel and aluminum went into place, HVAC manufacturers started reaching out to installers like him.

“Certain manufacturers sent out letters saying there were going to be price increases,” Love said.

This message was posted on the website of Hercules Industries, a major HVAC manufacturer:

“Since the announcement of a 25 percent tariff on all foreign steel imports, the market has been placed under significant constraints unlike which we have experienced in recent past. All steel manufactured products will inevitably be impacted by this announcement as it rolls into implementation. To navigate such volatile market conditions, we will be implementing a 6 percent increase on all nonmaterial-intensive products and a 12 percent increase on material-intensive products…. In the event that steel prices reach levels that reach beyond the increases already announced, we will be forced to implement an additional increase in the near future.”

When manufacturers do things like that, installers like Love have to either absorb the price hike themselves or pass it on to their customers.

“Every company does their pricing different, every company has different overhead,” Love said. “My philosophy has always been just be pretty open with customers.”

Most of his business comes from word of mouth and referrals, so he’s got an extra incentive not to push up his prices. But he also said record heat across the country this summer has meant he’s been busier than in the past. He said this year, he’s been able to keep up his profits by installing more units, which he hopes will make up for any rises in his costs.

“Unfortunately, I have no control over pricing from manufacturers or what’s going on politically,” he said. “But even with the price increases, this has been a great year for, I think, most HVAC companies.”

Caitlin Leahy said she is happy to pick up whatever price increase the tariffs may have added to her new HVAC unit. She admitted she’s lucky to be able to afford to replace things when they break down, and she likes helping people like her installer make a living.

“These people are trying to get by. They’re working so hard to keep their business at a certain profit margin, and for me, that extra couple hundred dollars that maybe was passed on to me, I kinda don’t mind it because that, to me, is a way to support that small business.”

She just hopes her family’s not going to have to help any more small HVAC installation businesses for at least another 20 years.