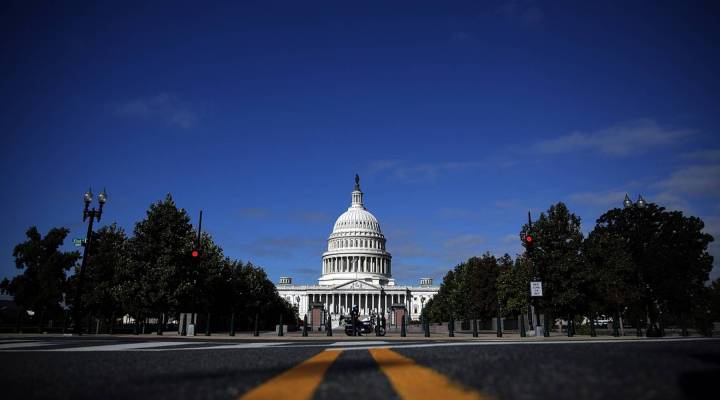 COPY
The Indian Health Service requires its budget to be approved by Congress every year. Short-term funding and government shutdowns can throw that into chaos. Win McNamee/Getty Images

The Indian Health Service requires its budget to be approved by Congress every year. Short-term funding and government shutdowns can throw that into chaos. Win McNamee/Getty Images
Listen Now

The U.S. already had one government shutdown earlier this year, now we might be headed toward another this October.

Elected officials have a lot of work to do by the end of the year, which includes negotiations over funds for Planned Parenthood and the U.S.-Mexico border wall that President Donald Trump has been pushing for (and which everyone from Mexican lawmakers to American taxpayers have said they won’t fund).

Stan Collender, vice president at the global PR firm MSLGroup and a longtime federal budget watcher, joined us to talk more about the budget complications Congress is facing. Below is an edited transcript of the conversation.

Stan Collender: Like Planned Parenthood money and the big one of course is the wall between Mexico and the United States that the president wants to build. He’s insisting that he wants the full funding for it — $25 billion and Congress has rejected that three or four maybe more times. So we’re in for a difficult time. If the president holds to his guns, then we may have another shutdown come October.

Brancaccio: Well, maybe it’ll be like the last semester of law school. Time to buckle down, stop partying, enter the get the job done mode. Maybe that’s how this plays out.

Collender: Oh, David, if they were really interested in getting the work done like on appropriations and the wall early, they would have already done it by now. They would have seen the light and decided to accelerate their legislating, but instead they’ve gone just in the opposite direction and are slowing things down, doing purely symbolic votes that will have no meaning, taking extra long recesses so they can campaign and hold fundraisers. So there’s no indication that there’s going to be any buckling down before the election.

Brancaccio: All right, so possibly a government shutdown, but there are appropriations to appropriate.

Collender: Yeah, and as of now, one of the 12 appropriations for the coming year has been enacted. Now that’s not terribly unusual, except in a year like this when Congress is trying to adjourn early to go home, there are only a handful of days — maybe six weeks or more of actual legislative work available to be done if Congress takes all the recesses that it’s got scheduled. So the fact that they haven’t made any more progress at this point on the appropriations is very telling and very indicative that we’re going to need some kind of continuing resolution. That’s the bill that Congress and the president uses to keep the government open on a short-term basis.

Brancaccio: It’s like personal finance — if you just ignore stuff and just wait, it just works itself out in the end doesn’t it?

Collender: No, this is not the kind of situation where you can just snap your fingers and make the appropriations pass. These are going to be very difficult decisions in an election year with hyper-partisanship and a speaker that’s about to retire. You couldn’t get a possibly more difficult situation than if you try.