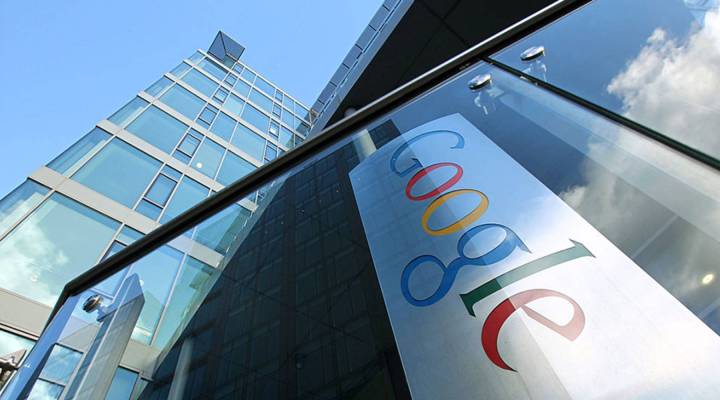 Ireland is famous for its hospitality, offering visitors an abundance of “craic,” or fun.

And that warmest of warm welcomes has been extended to embrace foreign corporations, too. If they set up in Ireland, they get to pay one of the lowest rates of corporate tax in the European Union: 12.5 percent compared with the recently reduced rate of 21 percent in the United States. There are numerous, generous tax breaks in the Emerald Isle as well.

The inducement has worked. More than a thousand big, mostly American global companies have operations in Ireland, among them: Google, Apple, Facebook, PayPal, Microsoft, Yahoo, eBay, AOL, Twitter and Intel. Pfizer, Boston Scientific and Johnson & Johnson also have a major presence there. Between them, these firms bring enormous economic benefits to the country.
“The multinationals are a critical, crucial, essential part of our economy,” said Tony Foley, economics professor at Dublin City University Business School.

“These companies account for 90 percent of all our manufactured exports, employ around 10 percent of the workforce and they helped pull Ireland out of the eurozone debt crisis. Without the multinationals, we would be much closer to Greece and Portugal than we would like to think,” Foley said.

Greece and Portugal were both badly hit by the European debt crisis.

One of the many economic benefits of hosting these multinationals is cultural. Conor O’Toole of the Economic and Social Research Institute in Dublin said this globalization has injected vitality into the business life of the country.

“Many Irish entrepreneurs started their careers within these large multinationals, which has led to a business dynamism and entrepreneurial spirit which is a big boost as well to the Irish economy,” O’Toole told Marketplace.

And so it’s a bit worrying for the Irish that their tax incentives that attracted the multinationals have come under withering international attack.

Meanwhile, Paul Krugman, another Nobel laureate, denounced what he called “leprechaun economics” after a new Irish tax relief in 2015 led to a rush of multinationals transferring intellectual property assets to Ireland, distorting the country’s official statistics so that they recorded an annual increase in gross domestic product of 26 percent.

Other oddities have attracted widespread derision. Take the so-called “double Irish,” a scheme whereby, for example, the tech giant Apple was treated as stateless, that is, not tax-resident anywhere. You might be forgiven for thinking that “Shenanigans” is a firm of Irish tax accountants. After a hail of criticism, the scheme has been discontinued.

“While Ireland benefits a lot from its tax concessions, other countries lose out a lot. They’re not happy with this and they’re taking action,” Stewart told Marketplace.

The United States cut its corporate tax rate to 21 percent, down from 35 percent, in order to lure American companies back from abroad, and the European Union is trying to deter multinationals from shunting their profits from around Europe into their low-tax Irish subsidiaries.

“This is very risky for Ireland,” Stewart said. “If you’re here for tax reasons, it means you’re relatively footloose, so if the tax changes, you’re more likely to be out of here.”

Irish political and business leaders dismiss any talk of a corporate exodus, however. They claim that the multinationals have not chosen to base operations in Ireland solely because of the tax breaks.

“If they were motivated exclusively by tax, they’d be in Hungary, which has a lower corporate tax rate than ours [9 percent],” said Kieran Donoghue of IDA Ireland, the agency responsible for attracting foreign direct investment into the country. Donoghue thought it unlikely that because the United States has reduced its tax rate, American multinationals would abandon Ireland and decamp back to the U.S.

“If they did, they would be abandoning access to the EU and a significant customer base and market share,” he said.

“It is certainly not stealing,” he said. “We have found success in a globalized world by playing by the world’s rules.” He said that after centuries of adversity, Ireland had become a “lucky” country.

“We’ve struck the modern-day equivalent of an oil find,” he said. “That oil find is intellectual property. Intangible assets, like intellectual property, drive our world economy right now. And Ireland with its educated workforce is very well placed to succeed in that economy.”

Ireland’s high-tax European partners, like France and Germany, are not persuaded, however. Their campaign against tax avoidance is gathering pace. Ireland’s tax model seems likely to come under further pressure.