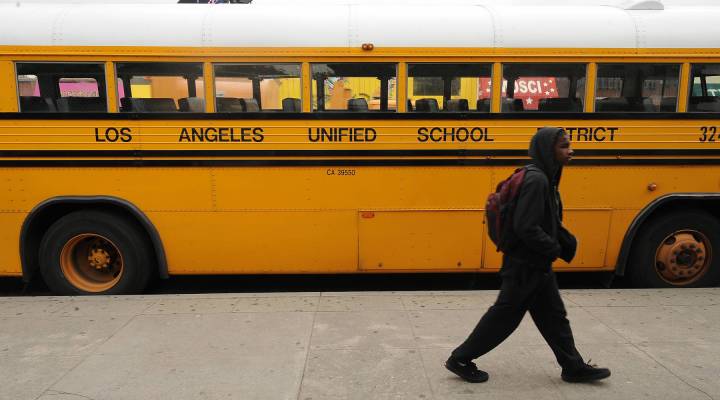 This story was originally published at scpr.org.

Austin Beutner is a former investment banker with no history working as an educator. But the newly appointed superintendent of the Los Angeles Unified School District does have a history with the school system – one that gives clues about how he might direct the education of the more than half a million students the district serves.

LAUSD board members voted Tuesday to offer a three-year contract to Beutner.

It’s the biggest civic project yet for Beutner, who has spent much of the last decade deeply involved in the civic life of Los Angeles. He served as the city’s deputy mayor from 2010 to 2011 and then spent just over a year as publisher and chief executive of the Los Angeles Times. In 2012, he founded a non-profit organization that provides children with free eye exams and glasses that has worked closely with LAUSD.

Beutner has been scrutinizing the district’s finances and operations since 2017. That’s when he began co-chairing a task force of civic leaders advising the school board on accelerating the pace of change.

In late 2016, Beutner had breakfast with board member Richard Vladovic. At the time, former superintendent Michelle King was struggling to gain the board’s support for her Strategic Plan. The plan called for raising the district’s graduation rate to 100 percent, increasing school choice for parents and reducing absenteeism. But board members were frustrated and were pushing King to get more specific.

“Every kid graduating and perfect attendance … that’s interesting and those are laudatory goals,” he later recalled telling Vladovic in an interview with KPCC. “But this is something different, in my view, than a plan.”

That breakfast led to a meeting with Superintendent King herself. And Beutner pitched an idea: how about a task force of civic leaders from outside LAUSD?  The Strategic Plan had already outlined some goals; a task force could recommend some strategies to meet those goals. King agreed.

Beutner recruited 12 other leaders from local foundations, philanthropies, non-profits, advocacy organizations and academia for the task force. They began meeting in May 2017.

By December, they had concluded that more than 80,000 students were chronically absent the previous school year, costing the district about $20 million in revenues. The group also released its first set of recommendations, outlining several pilot projects and strategies aimed at increasing attendance.

Beutner was the chief spokesperson as the group unveiled its plan. He positioned the group as the district’s critical friend, poised to push the LAUSD bureaucracy into action.

“Parts of the community are concerned that, ‘Gosh, is this another effort to research and report something that’s going to sit on a shelf and collect dust,’” he said. “And to see us come back this quickly and say, ‘Here’s something that’s actionable.’ I think it’s going to make a difference.”

And when the task force concluded in March that LAUSD hasn’t been using its vast troves of data to drive improvement or to hold its educators accountable, it was Beutner who explained to KPCC how he thought the district’s culture needs to change.

“I think it’s probably a compliance culture versus one that gets up and says, we need to build more trust,” he said. “It might be looked at as, well, it’s our responsibility, the district’s responsibility, to make sure, ‘Whatever Sacramento asks for, we provide them.’”

What we know about his philosophy

Was Beutner expressing his own opinion or a consensus view of the task force? It’s unclear. But many of his statements while on the task force suggest an overall direction. Beutner seems to think the district needs to be more data-driven, detail-oriented, and focused on holding schools accountable for pushing students forward.

You can see that approach in his comment on the district’s rising graduation rates: “It’s good to see the topline number is increasing,” he told KPCC in a phone interview in March. “But there doesn’t seem to be as much movement in terms of…those who are graduating eligible to the UC system or Cal State, that number is a little more stubborn.”

Or, on MiSiS, the district’s big and expensive student data system, which has taken years and millions of dollars to get working: “It spits out an enormous amount of data and school principals don’t access it on a regular basis. It seems to be a flaw to adoption because it’s meant to empower principals to make decisions.”

Where does he stand on controversial issues?

The task force has purposefully avoided wading into LAUSD’s thorny charter school politics. Why? Beutner has said task force members wanted to stick to “policy” debates — which at least meant avoiding the most controversial issues, such as charters.

However, Beutner has said the task force has been ramping up to address the “hard choices” L.A. Unified faces. For instance: the budget. The district is projecting surpluses in the near future — but they’re shrinking. State funding for schools has stopped growing. LAUSD’s costs for pensions and employee benefits are ballooning.

Indeed, many district observers believe Beutner’s background in financial management — both on Wall Street and, reputedly, from his city hall days — helped sell board members on supporting Beutner in the superintendent selection process.

But so far, the task force has yet to issue recommendations on the budget — and when the topic arose in his March interview with KPCC, Beutner revealed little about how he might act to address the district’s tightening budget.

“We believe when we get to the issues of budget and workforce, the district will be presented with some hard choices,” he told KPCC. “Some might say they’ve kicked the can down the road, and can’t do it anymore.”

Beutner was clear about the point of the LAUSD Advisory Task Force: it wasn’t to simply study or critique the district. It was to create an action plan.

“It shouldn’t take a new task force every two or three years to say, ‘What are you doing about that?’” he said. “That’s not a very good way to see change made.”

Now, it will be up in large part to Beutner to make that change himself. 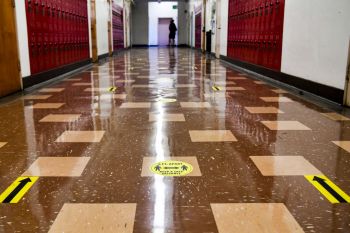